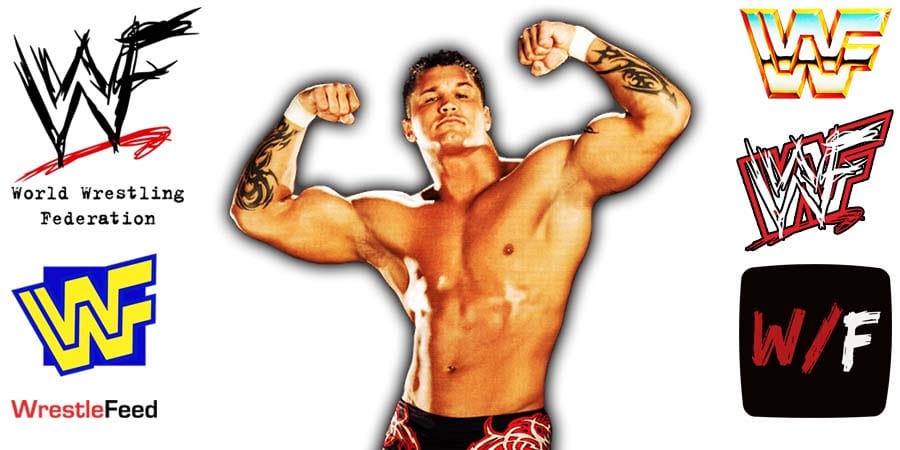 During a recent appearance on the Out Of Character podcast, WWE Legend Randy Orton talked about being a Goldberg fan during his teenage years and wanting the Goldberg tattoo.

Below is what Orton said about what happened in the tattoo shop:

“As a wrestling fan in my teenage years in high school, I loved Goldberg, so I actually, my first tattoo, I went into the tattoo shop and I told the guy I wanted the Goldberg tattoo. I swear to god.

Well, so I’m not The Legend Killer, The Viper, you know… I’m 18. I can get some ink now and I want to look tough damn it. So Goldberg’s my guy and I’m an idiot [Laughter].

So you know, the tattoo artist said ‘How about, let’s come up with something that’s just for you’. So okay, that’s a good idea. And so you know, some version, one of this was born. But anyway, I forgot what we were talking about.

I don’t know if I’ve ever told that story before, because it’s pretty embarrassing that I would even… but, yeah, there you go.”

On an episode of RAW in 2003, Orton got the opportunity to wrestle Goldberg in a singles match.

Also Read: “I wish he was still here” – Randy Orton On AEW Wrestler

This episode took place at the TNA Impact Zone in Orlando, Florida and featured matches, interviews & storyline segments on the road to the TNA Lockdown 2009 PPV.