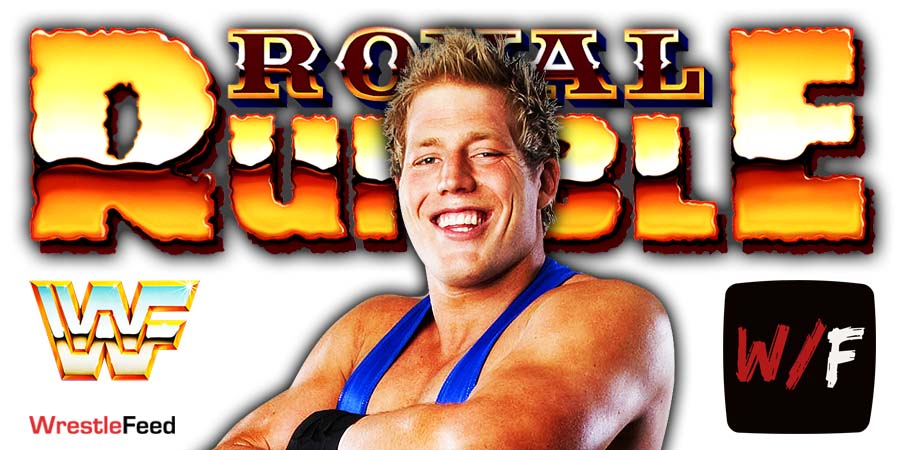 • Jake Hager On Which Royal Rumble Payday Was His Biggest

During an interview with Fightful, AEW wrestler Jake Hager (fka Jack Swagger in WWE) revealed that his biggest Royal Rumble payday came in 2016.

It was very surprising for him because he only lasted 15 seconds in the match.

“The time [in 2016] I was in there was the shortest where Brock Lesnar just threw me out. I really think that was my favorite because that was the most I got paid for a Royal Rumble with the shortest time.

Who knows how they decided to pay us. But, for some reason, that was a good payday for me. It was literally 7 seconds. It was like duck a clothesline, F5, see ya.

Mike Chioda came running over to me, he was so upset. He was like, ‘Swags, what was that?’ I just turned to him and said, ‘I just got tagged, Chi-chi. What do you want?’”

It should be noted that Swagger also competed in a Fatal 4 Way Tag Team match on the Royal Rumble 2016 Kickoff Show to qualify for the Rumble match (which was for the WWE World Heavyweight Championship).

His biggest moment came in 1987, when he “passed the torch” to Hulk Hogan in the legendary main event of WWF WrestleMania III. Hogan bodyslamming him is still referred to as “the slam heard around the world”.