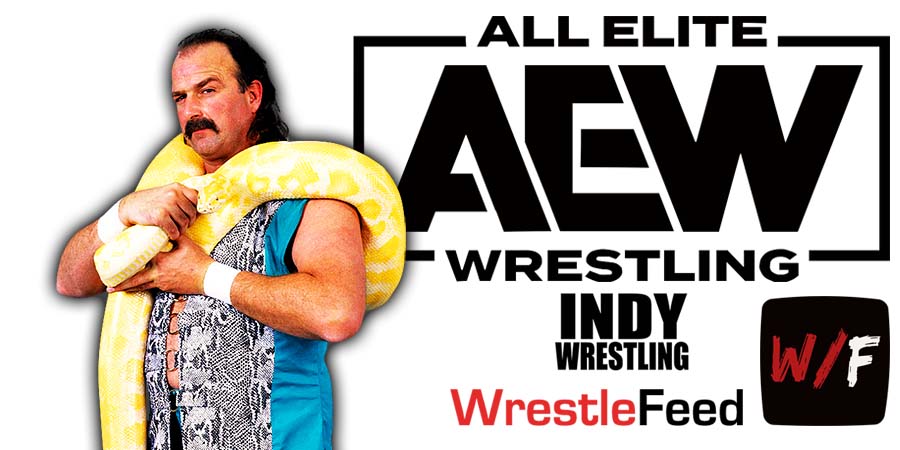 • Jake Roberts Dealing With Health Issues – Is Currently In A Wheelchair

According to the Wrestling Observer, WWE Hall of Famer Jake Roberts is currently dealing with undisclosed health issues:

“Jake Roberts is having undisclosed health issues. He did a recent appearance and was in a wheelchair and had an oxygen thing in his nose that he’d take out when posing for photos.”

Roberts is signed to Tony Khan’s All Elite Wrestling. He signed a 2-year contract extension with AEW back in July.

He is a manager for AEW wrestler Lance Archer.

Also Read: WWE Hall Of Famer’s Heart Damage Is Not Due To Past Steroid Use

The Warlord vs. Barry Hardy

The Bushwhackers vs. The Conquistador/Bob Bradley