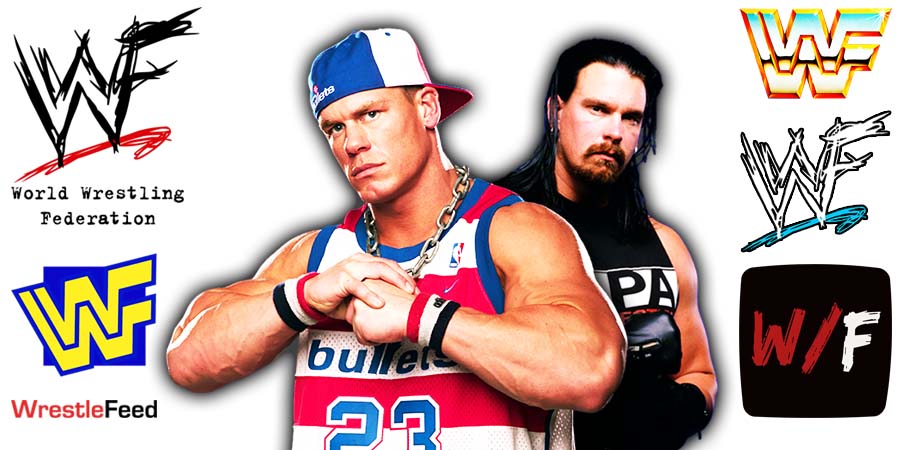 During an episode of Table For 3 on the WWE Network, WWE Hall Of Famer JBL talked about working with John Cena during the Ruthless Aggression Era.

Below is what Bradshaw said about the 16-time WWE World Heavyweight Champion:

“Cena from day one, you know, it’s a different match going from 8 minutes to 30 minutes. 30 Minutes is tough. You gotta take your own role and some people can’t ever make that transition.

I think he may have done longer matches with Kurt Angle first, who’s one of the greatest of all time, but if not, then I was the second guy to take Cena for 30 minutes. He was comfortable from day one.

I remember Vince asking me, he goes, ‘how is he?’ I said, ‘that kid is freaking awesome.’ I mean he’s that good. And he was from the get-go.

He got into deep water and a lot of people just drowned.”

In the co-main event of WrestleMania 21 in 2005, John Cena defeated JBL to win his 1st WWE Championship.

Allen did jobs on World Wrestling Federation TV occasionally in 1982/1983, plus on a regular basis from 1986 till 1988, where he lost to the likes of Randy Savage, Bret Hart, Ted Dibiase, Greg Valentine, The Honky Tonk Man, Rick Rude, Harley Race, Jake Roberts, … & many, many more.