– The Legion Of Doom vs. Al Burke/Bob Bradley

– The Warlord vs. Jim Evans

– The Barbarian vs. Red Tyler

– The Genius vs. Mike Shelton

– The Bushwhackers vs. Tom Bennett/Kent Carlson

• Jeff Hardy Passed Out In Stairwell Before Arrest, No Longer In Trouble

Former WWE Champion Jeff Hardy (who is currently out of action due to a knee injury) was arrested in Myrtle Beach, South Carolina for being intoxicated in public on Saturday morning.

Hardy was arrested and booked for public intoxication and impairment. Below is his mugshot: 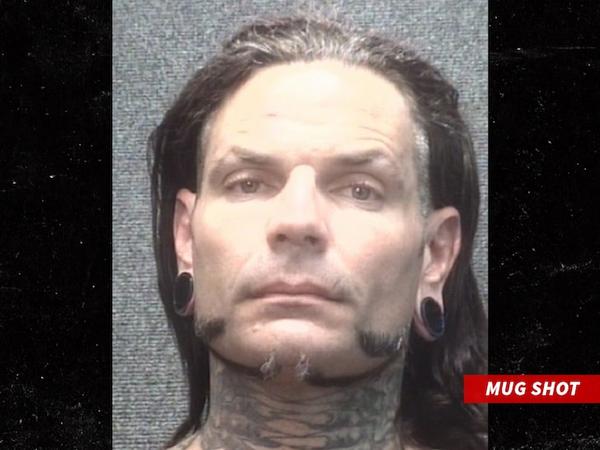 “Jeff Hardy is responsible for his own personal actions.”

In an update to this, TMZ Sports is reporting the following:

“WWE wrestler Jeff Hardy was passed out in a public stairwell and reeked of booze before cops arrested him.

Hardy admitted to drinking vodka before cops found him passed out in a stairwell.

Court officials tell us … because Hardy paid a $153 ticket for public intoxication, his case is considered closed.”