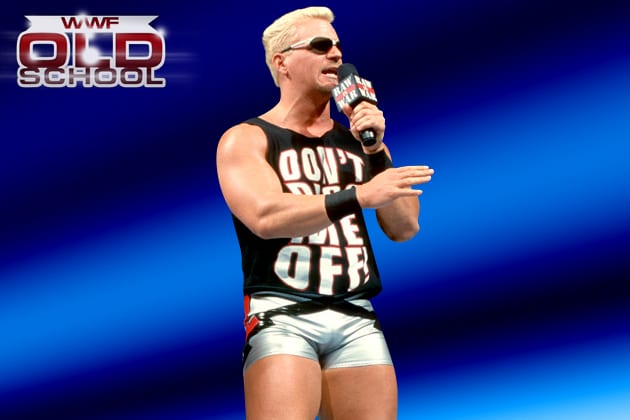 In a recent interview with v2 Wrestling Podcast, GFW’s owner Jeff Jarrett talked about his controversial departure from WWF, relationship with CM Punk, is he still active & more. Here are the highlights:

On whether GFW will be a standalone promotion:

“The short answer is yes. I have been working with the team on what wrestling fans are calling a standalone promotion. Multiple conversations with talent, distributors, sponsorships, venues, legal, finance, everything that goes with launching the brand. I don’t want to get too overinflated and say major announcements, but I’ll call them very exciting announcements around WrestleMania and then the weeks to come after that. So in the next 4-6 weeks, the first announcement will be coming.”

On his relationship with CM Punk in TNA:

“He did work with us for a little while, yes. It was in the Asylum days when I was wearing 5, 6, 7 hats every Wednesday night. We had a very business-like, cordial relationship. To say that I missed the boat would be an understatement of the year, but things like that happen. My father started two guys from California that drove cross country and the first time I laid eyes on them was Thanksgiving 1985. Very young and very green, they were called the Blade Runners and within 18 months after they left my father’s promotion they became Sting in WCW and the Ultimate Warrior in the WWF. So promoters miss the boat and there is a long track record of that, but Punk seized his opportunity when he got to WWE. Quite frankly, he goozled that entire promotion and left on his own terms. To this day he’s still one of the hottest box office attractions in professional wrestling, and he’s not even doing it any more.”

On his controversial departure from the WWF in 1999:

On whether he will remain an active wrestler:

“No, my full-time days in the ring are over. Not to say I’m not going to put on the tights again, and quite frankly, in the last two weeks I don’t know what it is but I’ve gotten several offers from promoters in Canada, the Carolinas and California, so like I did last year, I’ll probably have a few shows here and there. But my main focus is Global Force Wrestling and launching that brand as a standalone promotion.”

On his role in GFW:

“I like to refer to [my role] as somewhat of a matchmaker. In the old days they called it a booker, but a booker is really a matchmaker and let the fans decide. The talent, it’s not like you want to slap on and say this week you’re the Gobbledy Gooker and next week you’re Skinner. It’s who is Talent A and why are they Talent A, what’s to like or not like about Talent A. You put them against Talent B, who they are and why they are, and they go out there and get it done in the ring. I think that’s a recipe for success in professional wrestling.”

On GFW’s style compared to other promotions:

“It’ll have its own style, but I don’t believe in recreating the wheel. I think Wrestle Kingdom 9 proved it, and Jim Ross said it in some of the videos that we produced on him, wrestling fans don’t over-think it. Give the fans what they want. Great wrestlers, hard-hitting style, championships, winners, losers and larger than life personalities – that’s what we plan on doing. I’ve always had that philosophy, dating back to my early days in the territories and my father’s and grandmother’s promotion. You have good wrestlers, and whether it’s black hats and white hats or however you want to define it, the people have to know and understand that Wrestler A is fighting Wrestler B and why they’re fighting, what are the results on who wins and who loses, and what’s going to happen next. I don’t think you need to overthink that in any stretch of the imagination. I think there are instances, from NXT to Wrestle Kingdom 9 to Triplemania, the successful wrestling shows going on in the world today are, at its core, basic and simplistic.”