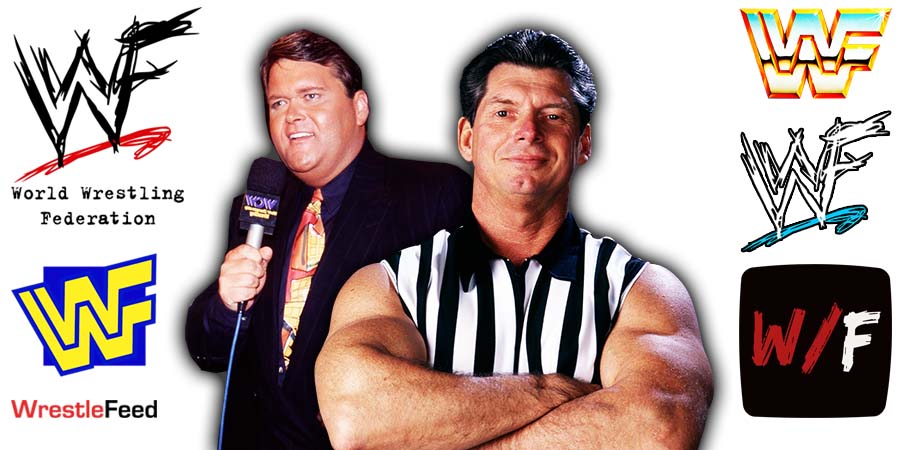 As we reported, McMahon is said to have secretly paid $3 million to settle out of court with a departing (female) employee and allegedly also paid an additional $12 million in hush money to multiple women over the years, which Vince is currently under investigation for.

Here’s what Jim Ross had to say about the situation:

“I feel bad about all the sh*t’s going on in the WWE, it’s terrible. I don’t know what’s true or what’s not, but it’s a tough one to digest, quite frankly, Vince’s scenario. I feel bad for him.”

It was pre-taped at the Civic Center in Huntington, West Virginia and featured matches, promos & storyline segments on the road to the ‘WWF SummerSlam 1990’ PPV.

– The Legion of Doom vs. Bob Bradley & Alan Reynolds

– The Warlord vs. Gary Jackson