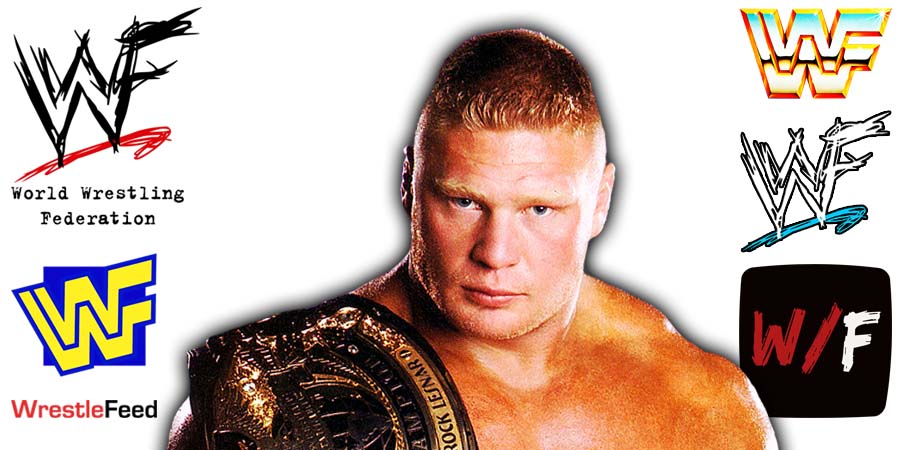 On a recent episode of his weekly ‘Grilling JR’ podcast, legendary WWF/WWE commentator Jim Ross talked about the Survivor Series 2002 pay-per-view, that also featured the debut of the famous Elimination Chamber match.

J.R. stated that he still feels like one match on the card, in which Brock Lesnar lost his first ever (televised) professional wrestling match via pinfall and dropped the WWE Championship to The Big Show, should not have taken place.

Here’s what Ross had to say:

“It is crazy, it’s illogical. Why do we need to change the championship? And I wouldn’t have booked that match. The match should never have happened if I had the proverbial pencil, which has the most powerful weapon in all of wrestling on one end, the eraser.

I would never have booked it. Again, protect your attraction, the 7-foot 500 pound, 400 pound, whatever guys come up, they don’t come along that often. He’s an attraction that can’t be replaced as far as look and perception and size.

So it was crazy, don’t book that match, book another match that Brock and go out and have an athletic contest with. You notice that they kept this mess short because they didn’t want to overexpose either guy.

And to have a title match that goes 4 minutes and one of your biggest stars who is going to be one of the biggest stars in the company gets beat in 4 minutes. I don’t know what we accomplished. I really don’t.”

Good Ol’ J.R. has also worked as the WWF/WWE Executive Vice President of Talent Relations for most of the Attitude Era and way into the Ruthless Aggression Era.