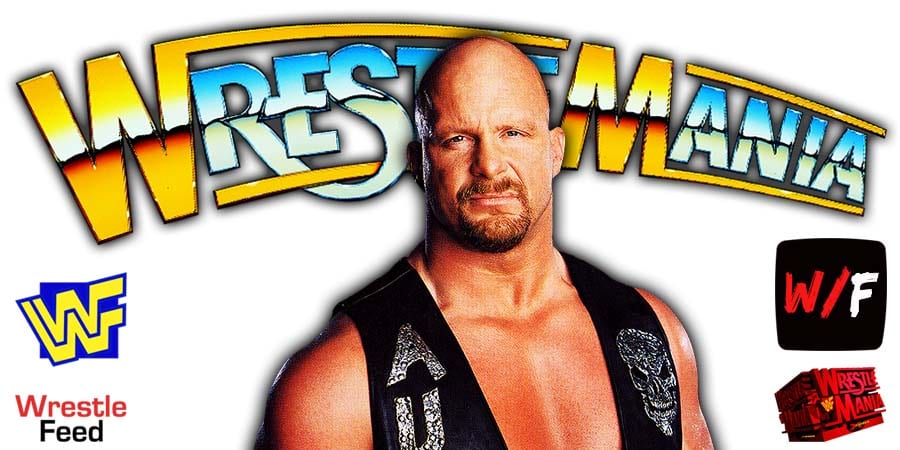 • Jim Ross On Why WWE Officials Changed Their Mind About Stone Cold Steve Austin vs. The Rock Main Eventing WrestleMania 19

On an episode of Jim Ross’ weekly podcast with Conrad Thompson, Good Ol’ JR talked about Kurt Angle defending his WWE Championship against Brock Lesnar in the main event of WrestleMania 19 in 2003 and why Stone Cold Steve Austin vs. The Rock was not the main event (last match on the show), despite Austin wrestling the final match of his career that night.

On why Angle vs. Lesnar main evented instead of Austin vs. Rock:

“[Angle & Lesnar] closed WrestleMania 19, that wasn’t the plan. Austin spent the night in the hospital and even though he demanded he was okay to work and the doctors cleared him. We were worried that he and Rock, the third match between the two might not be what they were looking for based on Steve’s condition.

We switched that around and that did not make The Rock or Austin happy. There’s something about closing the show.

I tried to get Steve to work a tag match one time in LA before a couple days of TV and Vince intervened and said he wanted him to go on early so he gets some rest.

I redid the lineup, gave it to Jack Lanza who was the road agent, Lanza told Steve and of course my phone rings, ‘What the hell is going on? I didn’t work all my goddamn life to go home at intermission?’ That night on Sunday night he went on last, I rebooked the card.”

Also Read: The Rock Reveals What He Said To Stone Cold Steve Austin In The Ring After Beating Him At WrestleMania 19

On Lesnar almost breaking his neck with a Shooting Star Press that night:

“I don’t remember who the agent was for that match, they should’ve been fired for sanctioning and allowing your 295 pound phenom Brock Lesnar to do a Shooting Star Press.

It made no f***ing sense. It didn’t help anything. It was a spot.

Everything that I preach about how you can’t build your match around one spot and we’re lucky he didn’t break his neck.

I remember talking to Brock and his dad after the show and I told Mr. Lesnar your boy got lucky tonight.

He tried to do things little guys could do to show everybody he could do it. And he could do anything but that ain’t going to happen again.

I understand you want to have a sensational spot, but the risk/reward fine line between success and failure is very, very thin.”