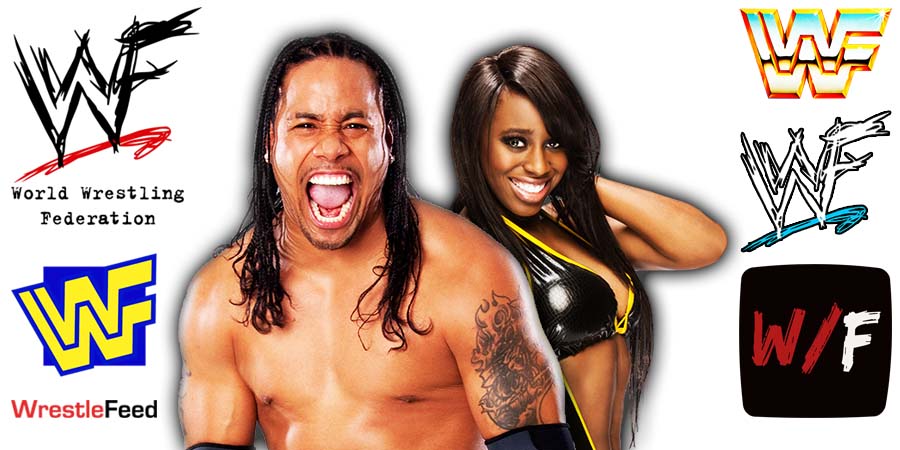 Road Dogg thinks Naomi made a risky move given that she’s married to SmackDown Tag Team Champion Jimmy Uso, who is in a top spot in WWE along with Jey Uso and Roman Reigns.

Below is what Road Dogg said:

“Yeah, risky as far as who she’s with, where they’re at, and all of that. But I do believe they would look at her as an individual talent and not lump her and [Jimmy] Uso together.

But it is risky for her because what’s going to happen after this? Maybe she’s done. Maybe she don’t want to work no more. They’ve got to be doing well.”

While Jimmy hasn’t said anything on this matter, he did post photos of Naomi & Sasha winning the Women’s Tag Team Titles at WrestleMania 38 on his Instagram story to show support for his wife and her tag team partner.

Also Read: RAW Wrestler Fined For Her Actions On This Week’s Show

On this day in Pro Wrestling history on May 19, 1990, Ted Turner’s World Championship Wrestling aired ‘WCW Capital Combat 1990: Return of RoboCop’ LIVE on PPV from the Greensboro Coliseum in Greensboro, North Carolina.

Fictional movie superhero Robocop appeared towards the end of the PPV and saved Sting from a cage, although it wasn’t famous Hollywood actor Peter Weller under the heavy costume.