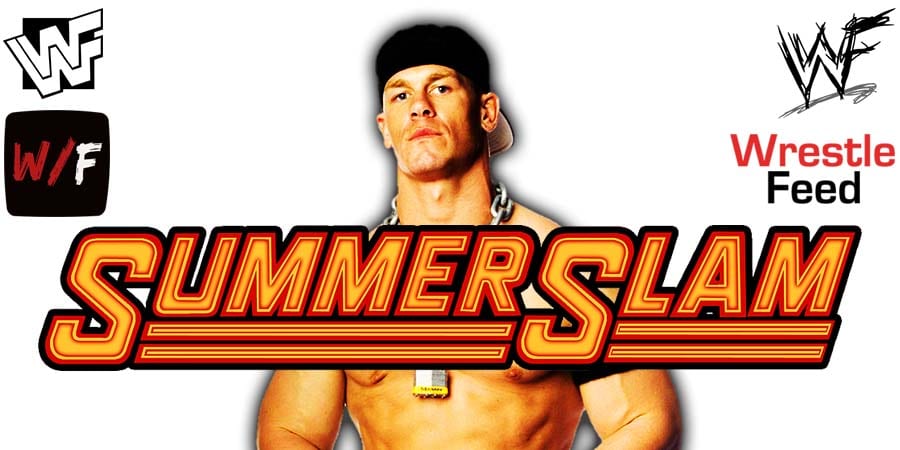 Former WWE Superstar Heath Slater was recently interviewed on ‘1140 AM Las Vegas’ Radio, where he revealed that The Nexus, the faction he was a member of back in the day, was actually supposed to win the SummerSlam 2010 main event, but John Cena was responsible for changing the finish shortly before the pay-per-view started.

Here’s what Heath had to say:

“SummerSlam was amazing, main eventing and everything. Getting in the ring with Bret Hart was fantastic. But SummerSlam should’ve went differently. Because we had WWE by the throat, but they never let us clench it, you know what I mean?

They never let it be like ‘Holy crap! These guys are legit taking over!’ We were there. We had it. But then Superman had to go in there and change everything.

We were winning though. We were definitely winning. We got there and they said we were up. Me, Gabriel, and Wade were the last three in the ring. And then the next thing I know, an hour before the PPV starts, it all goes to crap, and we’re all like ‘Whoa, what? What’s happening now?’ They had to switch it all.”

They first made a name for themselves as The Bruise Brothers in Memphis, Smoky Mountain Wrestling and Extreme Championship Wrestling, before they joined the World Wrestling Federation in January 1995 as The Blu Brothers, Jacob & Eli Blu.

In 1996, they were repackaged as The Grimm Twins, Jared & Jason, a gimmick that didn’t last very long, but in 1997 they became known as Skull & 8-Ball, members of The Disciples of Apocalypse in 1997.

After being released in 1999, they joined Ted Turner’s World Championship Wrestling, where they ended up as members of the nWo 2000 faction.