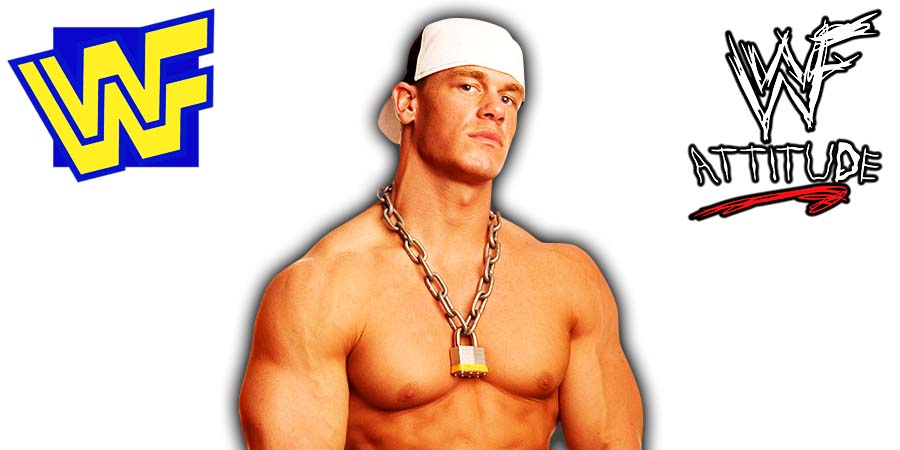 At the Unforgiven 2006 pay-per-view, John Cena defeated Edge in a TLC match to win the WWE Championship for the 3rd time.

The stipulation of this match was: “Had Cena lost, Cena would leave RAW for SmackDown”.

There were rumors going on that Cena would lose this match and turn heel after going to SmackDown.

WWF Veteran Bruce Prichard addressed this rumor on his podcast. While he doesn’t know about this particular rumor, Prichard did reveal that Cena was always looking to turn heel after becoming the “Face of WWE”.

Below is what the former Brother Love said:

“Look, John is probably one of the most unselfish guys that I’ve ever met, and I can definitely see him, you know, his whole thing was how to get other people over.

I don’t know about that instance particularly, but I know that John was always looking to turn heel, yes.”

However, once Cena understood how much money rides on his babyface character, he stopped clamoring for that heel turn:

“I think there was a part of John that always wanted to kind of turn heel, but also, he understood the business of him not turning heel.

Once he really grasped that, he embraced it and went all just full in on it.

I think that the simple fact that John Cena was able to become that Babe Ruth, I think that’s cool. And to a nicer guy, it couldn’t have happened.”

It was pre-taped at the Pepsi Arena in Albany, New York and featured matches, interviews & storyline segments on the road to the ‘WWF In Your House 18: Badd Blood’ PPV.

– Bert Centeno & Nick Barberi vs. The Legion Of Doom

– Brian Pillman vs. The Patriot