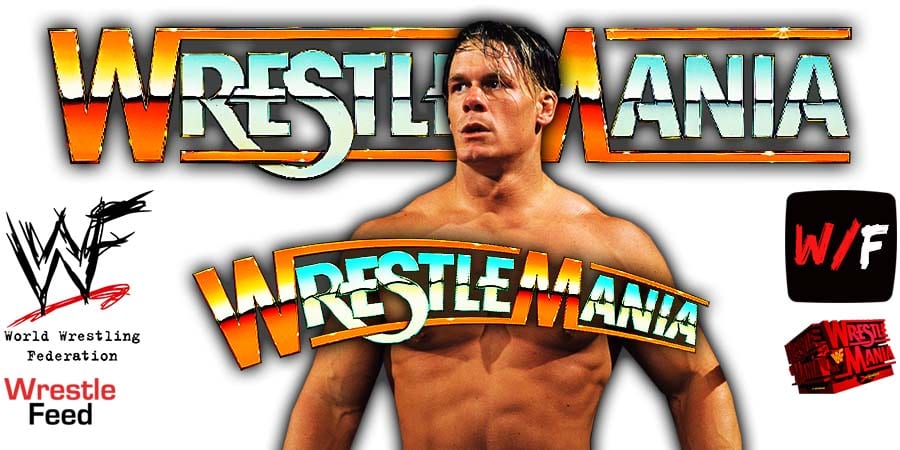 This was the first-time since 2003 (WrestleMania 19) where Cena didn’t make some sort of an appearance at the biggest WWE show of the year.

Cena had the following to say about this during an interview with Bleacher Report:

“We all have a window. And I love listening to ‘Stone Cold’ Steve Austin talk about his window.

My goal when I stepped foot in WWE was to leave it better than I found it, and it’s really great to be able to see an event.

I almost had the best transition you can possibly have. My last two WrestleManias were very interesting: an almost cinematic-type match and before that I was a fan. I got to sit in the crowd and see WrestleMania. I got to see the product. I got to see a stadium full of fans and it was beautiful. I felt at home.

I want to be where I am and doing what I am, that’s why I made that choice. I think it’s really special, and we all think they’re never going to go on without us. That’s not true.

It’s more reassuring to me to not only see that WWE has a life after me, which is inevitable for sure, but that the life is thriving. There’s so many great storylines, so many great matches.

It’s called WrestleMania, not CenaMania, you know? I’ve been a part, and that part is over.”

Today would have been the 58th birthday of Old School WWF Legend The Big Boss Man (Real name: Ray Traylor).

The Big Boss Man most famously wrestled for the World Wrestling Federation from 1988 until 1993, including a Tag Team run with Akeem as The Twin Towers between ’88 and ’90.

Traylor also wrestled for the rival companies UWF/NWA(JCP)/WCW under the names of Big Bubba Rogers, The Guardian Angel, The Boss and also under his real name.