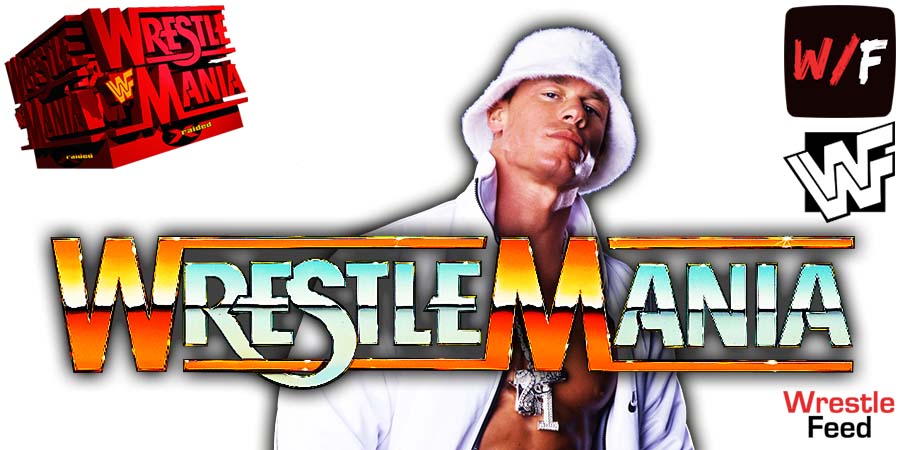 The main event of WrestleMania 28 was The Rock vs. John Cena – Once In A Lifetime.

Also at WrestleMania 28, Brodus Clay vs. Heath Slater was scheduled to take place, but got cut due to time constraints.

During an interview with Chris Van Vliet, Brodus revealed that Cena faked a bathroom break in order to get him to perform in front of the crowd at the Sun Life Stadium.

Below is what Brodus said:

“We were supposed to have a match with Heath Slater but time got cut and Cena did one of the most selfless things that a guy, who’s the top guy, who doesn’t have to do things like this.

He was in there and Vince was shaking his head. The match before – wasn’t one particular thing but they were heavy on time, they had gone over and he’s like, he was shaking his head, and I think he was talking to Michael Hayes and another one of the producers and he was like, ‘I think we’re gonna have to…we have to cut it.’

He’s like, ‘Alright,’ and he just walked out of Gorilla. So now I had to go. So I went and I got my WrestleMania moment because Cena had to go to the bathroom.

So yeah, that’s the reason why you could never tell me nothing bad about John Cena, because he was the top guy and there was no reason for him to do that other than he just felt like it was the right thing to do.

I don’t talk a lot about it but that to me was one of those moments where – and it affects me now because being in a position now when you get top billing and you sell out places and everywhere you go people want to see you or talk to you, remembering the guy who’s coming up behind you, don’t treat him like he doesn’t deserve to be there.

So I always shake hands with every – whenever security covers me for events. I always thank everybody and Cena had a lot to do with that.”

Before the WrestleMania 28 main event, Brodus ended up dancing on the stage with his “Momma” & The Funkadactyls (Naomi & Cameron).

Brodus was released from WWE in 2014. He now works under the name of Tyrus in NWA, where he is the NWA TV Champion.

Also Read: John Cena Comments On His Return To WWE Later This Month

On this day in 2006, we lost Old School WWF Legend Earthquake (Real name: John Tenta) at the age of 42 due to a bladder cancer.