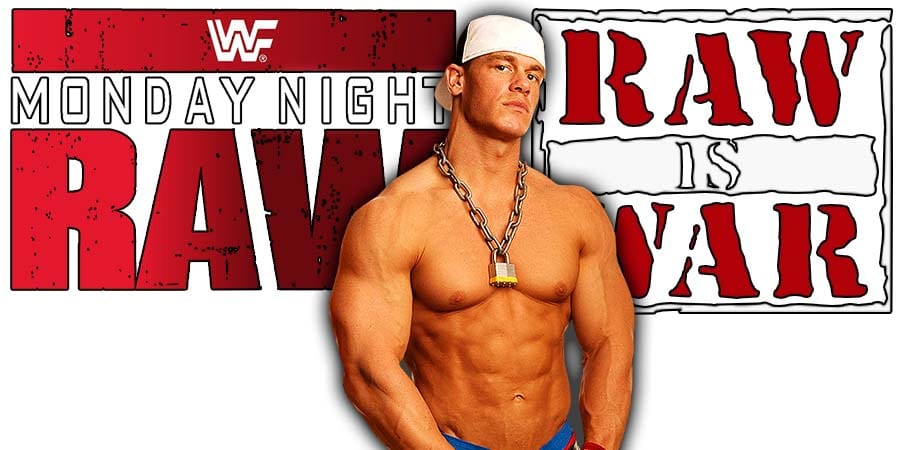 “They say it’s going to be one of the biggest RAWs of all time, and it’s certainly memorable. Um… we’ll see?” (Cena said this while doing the “You Can’t See Me” gesture).

According to Brad Shepard, Cena will indeed make a return to WWE TV on next week’s RAW Reunion episode. Cena was last seen on WWE programming at WrestleMania 35.

Also, Brad Shepard noted that The Rock hasn’t ruled out his return at RAW Reunion:

“According to a source in WWE, The Rock is looking at his schedule to see if it’s possible to appear at RAW Reunion and hasn’t ruled out the possibility of an appearance as of yesterday.”