This past weekend, Cena & Shariatzadeh tied the knot for the second time, because their friends & family couldn’t attend the 1st ceremony in 2020 due to the COVID-19 pandemic.

According to TMZ Sports, the couple got married again at the Rosewood Hotel Georgia in Vancouver, British Columbia. 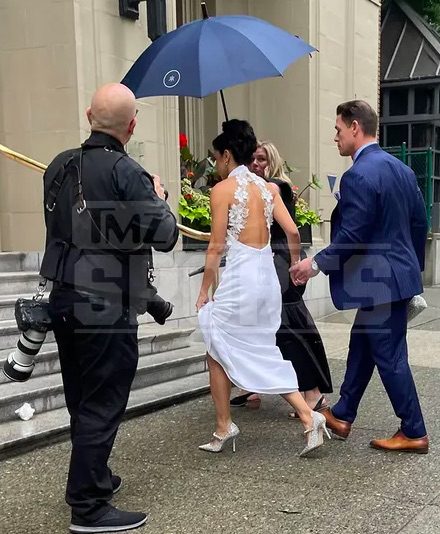 After getting married to Shay again, Cena tweeted “I do”:

Cena is currently filming the 2nd season of Peacemaker, which is why he wasn’t free for a match at SummerSlam 2022 despite a recent return to RAW for his 20th anniversary.

Also Read: “That was super cool because he cared” – ECW Legend On John Cena Taking Permission To Use His Finisher

On this day in Pro Wrestling history on July 18, 1999, Extreme Championship Wrestling aired ‘ECW Heat Wave 1999’ LIVE on PPV from the Hara Arena in Dayton, Ohio.

The most famous segment of Heat Wave ’99 was by far the Dudldey Boyz segment, that was so controversial and drew so much heat with the fans in attendance, it almost turned a riot