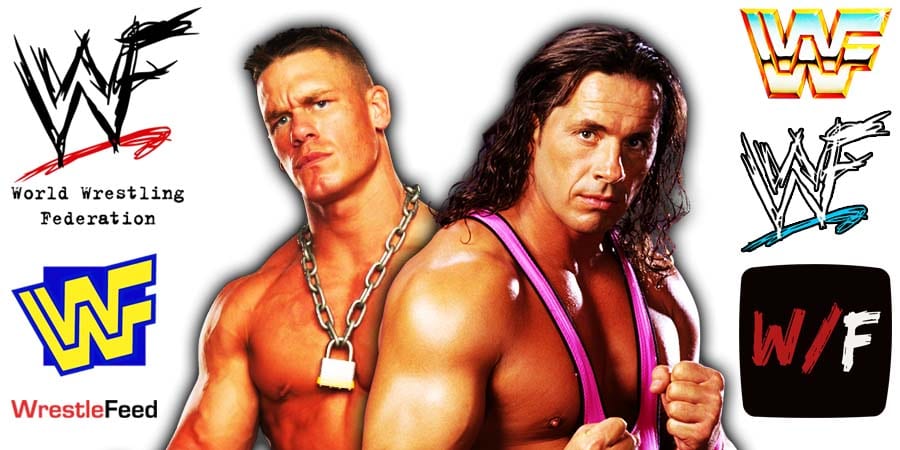 During a recent appearance on We Watch Wrestling Podcast, former WWE writer Matt McCarthy revealed that Vince McMahon wanted John Cena to be a Bret Hart type heel (be a heel in some places and a babyface in other places).

Cena turned down the idea and wanted to be a full-blown heel if he’s going to turn.

“Vince kept trying to figure out how do we do like a Bret Hart thing? Where he’s a heel in some places, but he’s a babyface in the rest of the places.

Cena was like, ‘If I’m going heel, I want to go full heel,’ and it did get close enough to the point where, and I’m sure he still has this gear, like Cena had gear made for the heel turn, you know? No longer the jorts.

So the thinking was, that’s the most heelish thing he can do is to stay that white meat, smiling, pure babyface.”

It was broadcasted from the Palace of Auburn Hills in Auburn Hills, Michigan and featured matches, interviews & storyline segments on the road to the ‘WCW The Great American Bash 1998’ PPV.