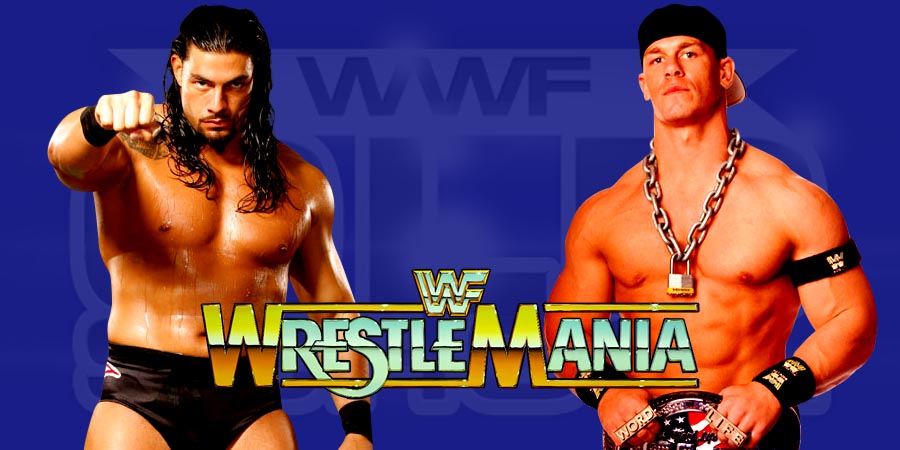 Bryan Alvarez of the Wrestling Observer recently speculated on who could be John Cena’s opponent at WrestleMania 32. He went on to say that 2015 Royal Rumble winner, Roman Reigns, could be that guy.

On the other hand, Roman Reigns wrestled his first singles match at a WrestleMania event this year, when he faced the “Beast Incarnate” Brock Lesnar in the main event of WrestleMania 31. Reports came out a few weeks back which stated that a triple threat match for the WWE World Heavyweight Championship between Seth Rollins, Roman Reigns and Brock Lesnar might happen at WrestleMania 32, but those reports aren’t confirmed yet.