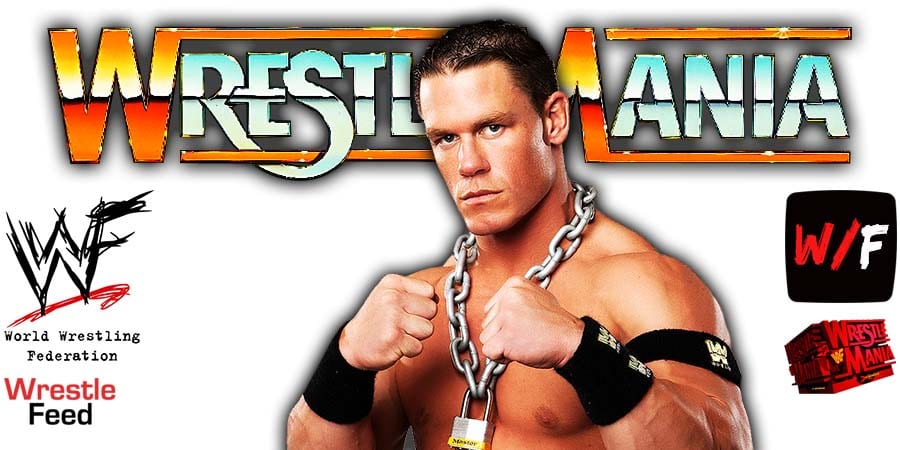 • John Cena’s Next Match To Take Place At WrestleMania 39 Instead Of SummerSlam 2022?

As seen this past Monday on RAW, WWE Legend John Cena returned for his 20th anniversary celebration.

Cena met many WWE wrestlers, including current United States Champion Theory, and gave an emotional speech where he thanked the fans for supporting him for two decades.

According to the Wrestling Observer, Cena’s next match might take place at WrestleMania 39 instead of SummerSlam 2022 because Cena isn’t advertised for any future WWE TV dates right now:

“He is not announced for any future TV dates and given how many tickets he moved in Laredo, if he was announced for a show, he’d move more tickets right now than anyone except Dwayne Johnson. So it makes no sense not to advertise him.”

Cena’s next opponent is rumored to be Theory.

On this day in Pro Wrestling history on July 1, 1995, ECW Extreme Championship Wrestling held ‘Hardcore Heaven 1995’ at the ECW Arena in Philadelphia, Pennsylvania.

This event is most remembered for the infamous Taipei Death match between kayfabe brothers Ian & Axl Rotten, as well as ECW World Champion The Sandman defending his Title against Cactus Jack.

Here are the results from the entire show:

– The Dudley Brothers defeated The Pitbulls

– The Public Enemy defeated The Gangstas