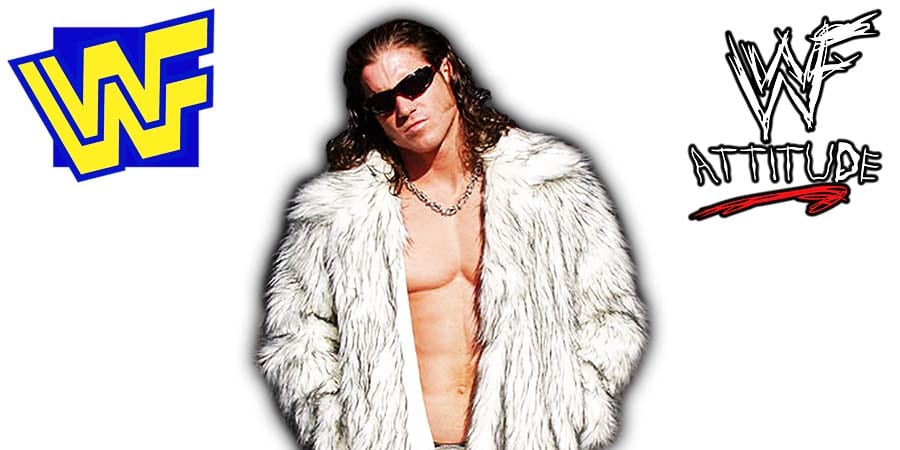 He also had a brief stint in Ted Turner’s World Championship Wrestling in 1995, where he defeated Mr. JL (Jerry Lynn under a mask) at WCW Halloween Havoc 1995.

• John Morrison Reacts To Seth Rollins Taking A Shot At Him

During his appearance on WWE’s The Bump this week, John Morrison was reminded of Seth Rollins taking a shot at his accomplishments in WWE on a podcast a few years ago.

Morrison had the following to say about this:

“So, this was a podcast? It’s easy to be that social media tough guy. He’s clearly an accomplishment-oriented guy, right? He’s citing all his past accomplishments.

I feel like this is a guy who’s been drinking a lot of his own Kool-Aid, if you know what I mean. Sometimes you shouldn’t be drinking that much of your own Kool-Aid.

He likes to talk about how he’s the best, which is not something original in wrestling – like, Bret Hart, Mr. Perfect, HBK, Punk, Jericho – everyone likes to say they’re the best, but Rollins believes it and tweets about it, and tells everybody about it. Pretty much non-stop.

I think he’s a Build-A-Bear Superstar, he’s a combination of a lot of guys.”