During a recent interview with TMZ, RAW star Ronda Rousey’s husband, former UFC Heavyweight fighter Travis Browne, showed his interest in having a WWE career and working with his wife in the ring.

Below is what Browne said:

I’ll never say no to the possibility of going out there and wrestling. I’d love to go out there and work with my wife. That’d be so much fun. A mixed match? Oh yeah. That was her at the WrestleMania. It’d be fun. I wouldn’t say no.”

Former WWF Champion Kane has done it! “The Big Red Machine” won today’s election by pulling 67% votes in his favour (where 51,804 citizens casted their vote in Kane’s favour) to become the new Mayor of Knox County, Tennessee! 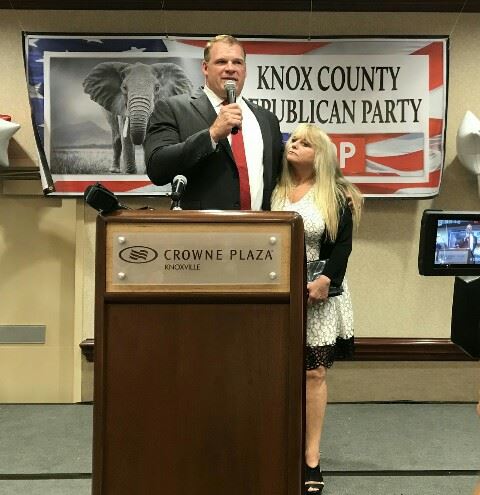 “According to WATE in Knoxville, Kane has been elected Mayor of Knox County, Tenn., tonight, capping a path to office that began over a year ago for the former WWE Champion.

Kane came away with a strong political victory following a narrow victory in the primary election two months ago.

Congratulations to Kane on his election!”

Knox County mayoral candidate Glenn Jacobs — aka the WWE pro wrestler Kane — is waiting for early voting results. WWE cameramen are here. One said he spent the day with Jacobs, “mostly in the rain.” pic.twitter.com/Yx9ALrcWSt