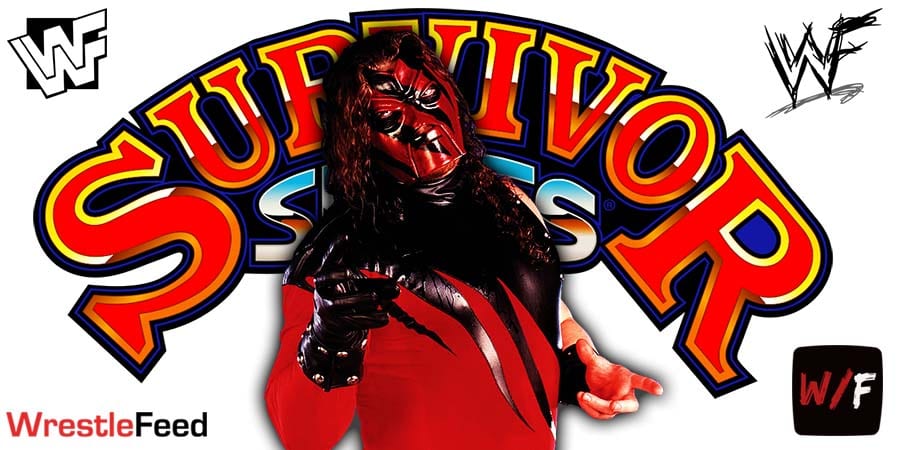 During an interview with Ryan Satin, Old School WWF Legend Kane talked about The Undertaker and The Deadman’s upcoming Final Farewell at WWE Survivor Series 2020 (which he will attend).

On if The Undertaker’s farewell caught him off guard:

“Well, not really. He started his career at Survivor Series, and it seems like a good way to end it. I think it’s bittersweet for all of us, of course, because not only as a fellow competitor and an important part of my career but also as a fan.

The Undertaker is a timeless character, and the idea that the Undertaker is retiring is almost shocking to everyone, right? But I think if that’s going to happen, I think it should be at Survivor Series that kicked off one of the greatest careers in WWE history.”

On if The Undertaker will really retire at Survivor Series:

“Well, you know there is a saying in WWE, ‘Never say never,’ Whether you can say this is actually going to be it ‘it,’ I don’t know. We thought it was it after WrestleMania against Roman Reigns when he left his gear in the ring and went off there.

We’ll see, but I think as far as having The Undertaker on as a regular on the WWE roster. Yeah, I think we can safely assume this would be the end of that part of his career.”

Also Read: Kane Gives An Update On His In-Ring Future

This episode was broadcasted from the Kansas Expo Center in Topeka, Kansas and featured matches, interviews & storyline segments on the road to the ‘WWE Survivor Series 2007’ PPV.