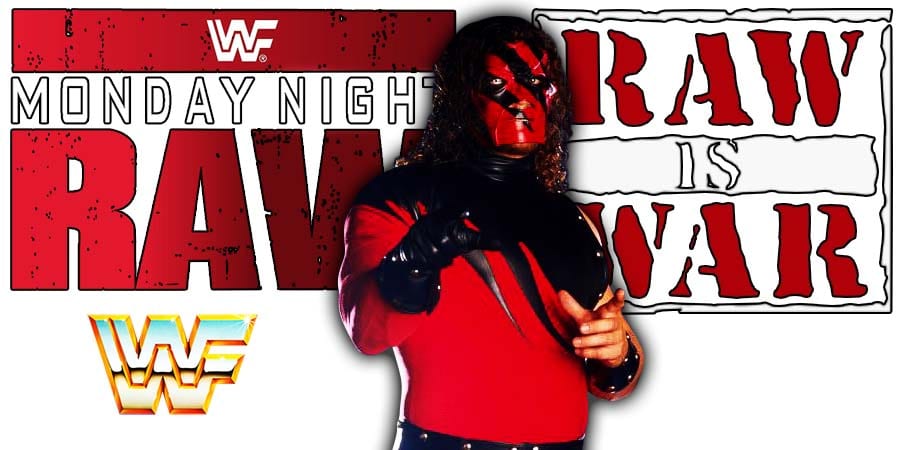 It was broadcasted from the Bradley Center in Milwaukee, Wisconsin and featured pre-taped matches & storyline segments on the road to the ‘WWF Unforgiven 2000’ PPV.

– Scotty Too Hotty vs. Val Venis

– Acolytes vs. Right To Censor

As seen on this week’s episode of RAW, Demon Kane returned to WWE programming to save Universal Champion Seth Rollins from The O.C. and RAW Tag Team Champions Dolph Ziggler & Robert Roode.

The Fiend then came out of nowhere and took out Kane with The Mandible Claw. You can watch it below:

During a recent interview with Two Man Power Trip of Wrestling, Kane had the following to say about Bray Wyatt’s new “The Fiend” gimmick:

Bray is very creative and everything that he’s done as Bray Wyatt and now the ‘Fiend’ character, it’s all been great. He’s just a wonderful performer.”