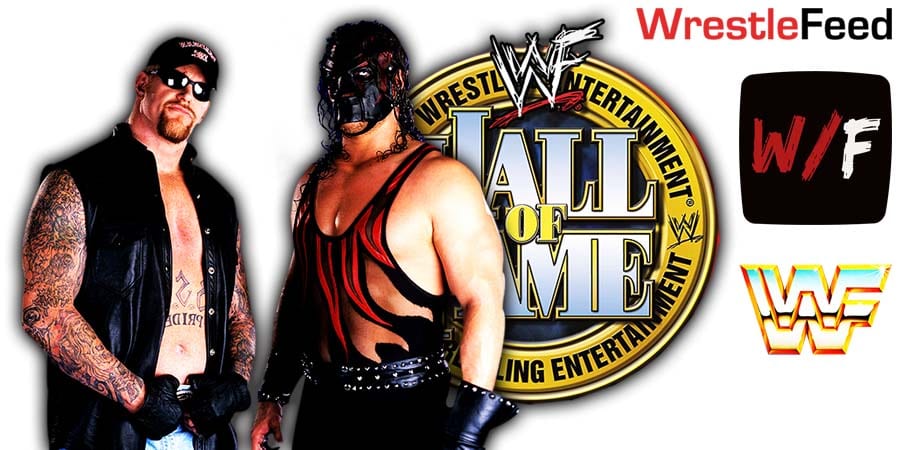 • Kane Wants To Become A 2-Time WWE Hall Of Famer

During an interview on The Bam Show, Kane was asked if he’ll become a 2-time WWE Hall Of Famer, where he’d get inducted for the second time as a Tag Team Wrestler along with The Undertaker, together known as The Brothers Of Destruction.

Below is what the Big Red Machine said:

“Man, I hope so. Even though we’re both in the Hall of Fame separately, I think too that we’re inextricably tied together, the characters of Kane and The Undertaker.

I think it makes sense. I think it would also be something that the fans would really enjoy because they never get to see us behind the scenes.”

Together as a team, Undertaker and Kane had 3 reigns as Tag Team Champions.

Also Read: Kane Gives An Update On His In-Ring Future In WWE

It was broadcasted from the E Center in Salt Lake City, Utah and featured pre-taped matches & storyline segments on the road to the ‘WWF SummerSlam 2001’ PPV.

5. Lights Out Match: The Rock vs. Booker T