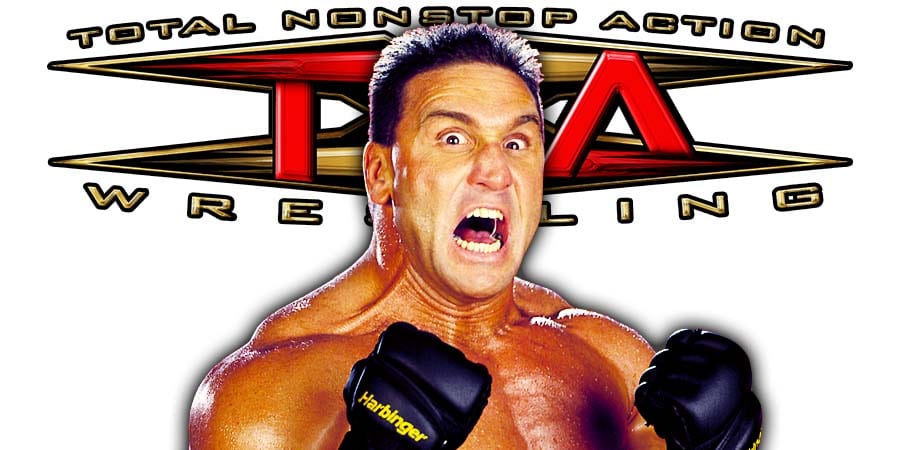 Rick Steiner vs. The Executioner

Shamrock defeated Ryan, but not before taking a d*ck flip!

During a recent interview on WINCLY podcast, Shamrock explained how he got convinced to take the d*ck flip from Ryan during their match:

“At first, I was like, ‘no’. Then I started thinking about it and thought it would be a great match. It was something that most people didn’t think would happen. So, I jumped in with both feet and it would be something fun for the fans. I even ran it by my kids to see what they thought and they were thumbs up.

We did the match and I was pleasantly surprised working with him. He’s a great person and his gimmick is different, but people are loving it. For me it was an exciting and very good opportunity to wrestle someone like him.

I wanted to kick it around [in my head] because anytime I do something that might be controversial, I wanna run it by my family. I wanna make sure they are gonna be understanding and it’s not gonna be anything that will hurt them.

We saw people grinding and dancing in the middle of the ring. We saw people dropping butts on people’s faces and rubbing it in their faces,” Shamrock said. “There’s so much in the wrestling ring that is entertainment, so when people say, ‘Oh, I’m not doing that. That’s below me.’ This is entertainment.

If it’s not something you’re gonna do or be involved in, then you’re in the wrong business. In this world people wanna see different things and things that shock them. So you better step into another business if you’re not being willing to be involved in stuff like this.

It was exciting. I didn’t go into this with the idea that I wanted to do it because I wanna win. I did it because it would be something that people didn’t expect. It would shock and excite people because that’s what I love doing: entertaining fans…

The most important thing to me is people appreciating what I’m doing in the ring.”

You can watch Ken Shamrock vs. Joey Ryan (including the d*ck flip spot) below: