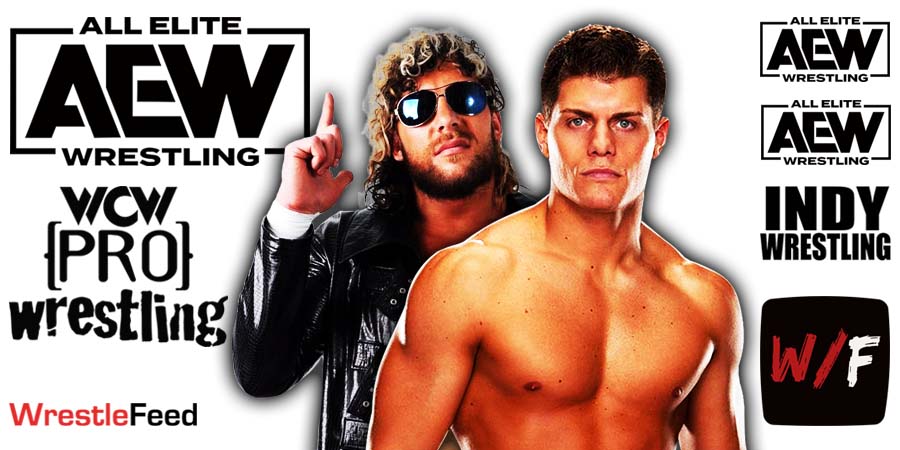 We knew Cody’s, much like The Bucks, it was that time. We would hear that there was possibly some difficulty with the negotiation or whatever, but you never think it’s going in that direction where the talent is going to opt for leaving, especially, when this thing first started, the most passionate person of our revolution, the most passionate person of creating the ‘us vs. them’ mentality was Cody. It was strange for him to just choose to up and walk away.”

On why Cody Rhodes left AEW:

“However, that being said, feelings change, the environment around you is ever-changing and constantly changing. Maybe the mission statement, the goal, the revolution, whatever it is you’re searching for and trying to create, maybe that isn’t what it is anymore to you. Maybe it isn’t your inspiration and what gets you out of bed every day.