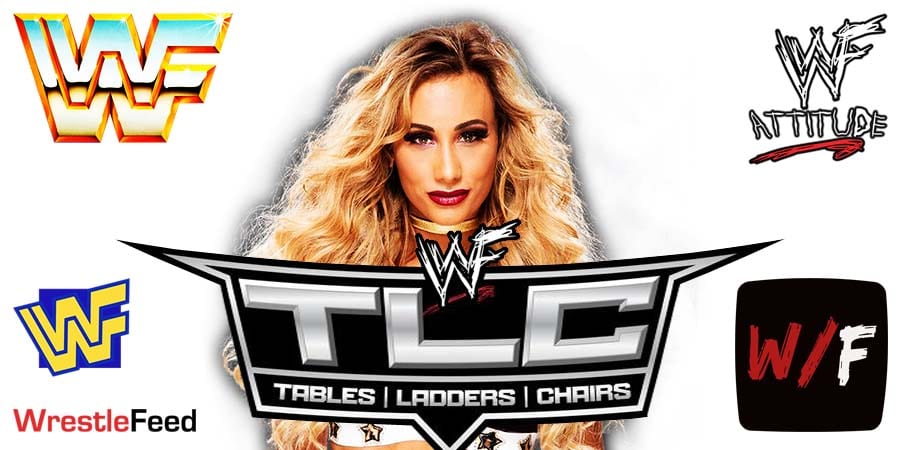 AEW World Champion Kenny Omega and WWE SmackDown’s Carmella have similar ways of entering the arena. They both are standing behind a sheet before they enter the arena.

WWE Universe’s Twitter account posted a gif of Carmella’s entrance during last night’s TLC pay-per-view, and a fan responded the following to it:

Omega responded to the fan and said that Carmella has a better entrance than him because WWE produces it in a better way.

“I dunno. They’re using a bigger sheet and some kinda weird up-skirt cam so I probably gotta take the L on this one.”

I dunno. They’re using a bigger sheet and some kinda weird up-skirt cam so I probably gotta take the L on this one.

It was broadcasted from the Spokane Arena in Spokane, Washington and featured matches, interviews & storyline segments on the road to the ‘WWF Royal Rumble 1999’ PPV.

3. Steve Blackman vs. The Blue Blazer