Today would have been the 90th birthday of Old School Wrestling Legend Dick the Bruiser (Real name: William Afflis).

Dick the Bruiser has yet to be inducted into the WWE Hall of Fame, which is likely going to happen as part of their annual ‘Legacy Wing’ inductions.

He was however posthumously inducted into the WCW Hall of Fame during the ‘WCW Slamboree 1994’ PPV.

WWE will be airing EVOLVE’s 10th anniversary show on the WWE Network and this show will air on the same day AEW’s Fight For The Fallen takes place.

Below is WWE’s announcement on this:

“As first reported by The Wrap, WWE today announced that EVOLVE Wrestling’s 10th Anniversary Celebration will stream live around the world on WWE Network on Saturday, July 13, at 8 ET/5 PT from 2300 Arena in Philadelphia, Pa.

“EVOLVE was the birthplace for many current WWE and NXT Superstars, so it is only fitting that their 10th Anniversary Celebration will be showcased live on WWE Network,” said Paul “Triple H” Levesque, WWE Executive Vice President of Talent, Live Events & Creative.”

“If lining your pockets with blood money is okay, then what’s wrong with trying to undermine a charity show for victims of gun violence? I hear that healthy competition is supposed to be a good thing and yet I can’t help but feel like I’m gonna be sick.” 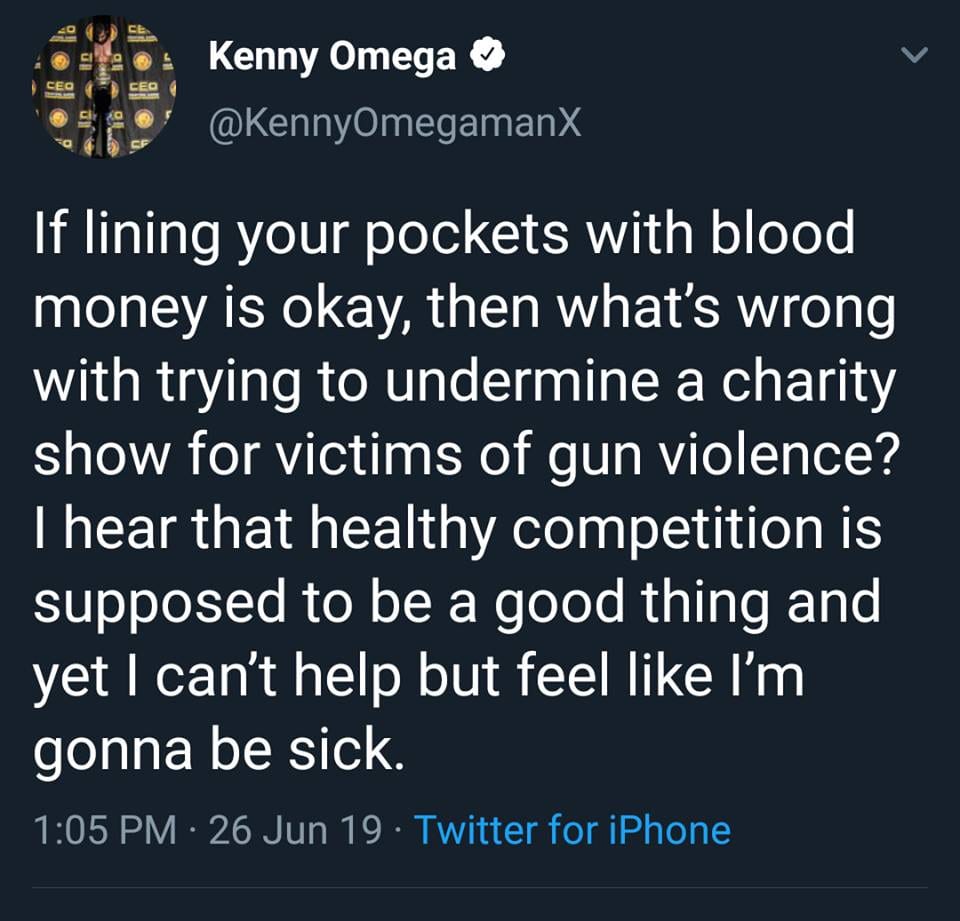 Omega later deleted this tweet and tweeted the following:

I’ve said my piece and it opened the door to a very toxic environment. It wasn’t a message to fans, or the boys, just the decision makers. I wish everyone wrestling on any show that day all the best. That is all.