– The Ultimate Warrior vs. Curtis Thompson

During the latest edition of The New Day’s “Feel the Power” podcast, Big Show was the guest and discussed his famous chops and Kofi Kingston remembered something.

Kofi said he faced Big Show in 2009 and Show chopped him so hard that his chest sunk from that shot. 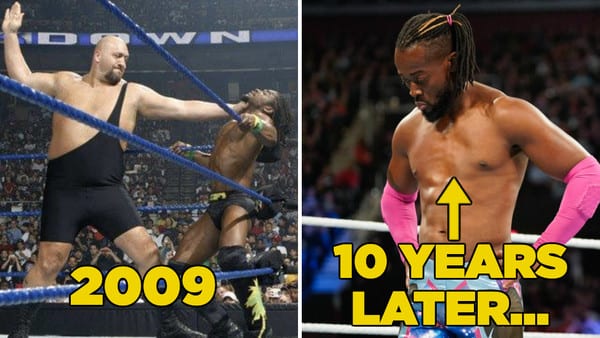 “You were talking about the reason for people getting hard chops and it’s based on, kind of, like, their attitude. And I wished that you would have told me that back in 2009 because I came out, I debuted in 2008, and you’ll remember, I had a nice, full chest.

And then, [Show] and I ended up having a match, and I got chopped so hard in the chest, and my chest has never been the same since.”

Also Read: Big Show Reveals Why He Doesn’t Like Hitting Triple H With A Chop