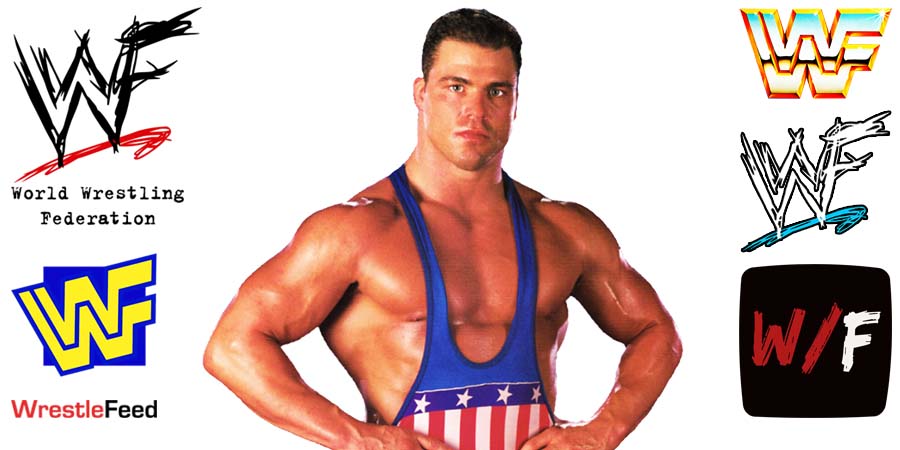 • Kurt Angle Explains Why Back Injuries Are Worse Than Neck Injuries

On a recent episode of his weekly ‘The Kurt Angle Show’, our Olympic Gold Medalist spoke about the WWE Survivor Series 2002 PPV and confirmed that he was working a lighter schedule around that time, because of his back issues.

“Ever since high school. I had some back problems in high school. But I didn’t have any as serious as up until this moment. The thing is, with my back, it was really painful.

But your back controls everything. You can’t do anything when your back is hurting.

I’ll give you an example. Randy Orton just had surgery on his back. He literally couldn’t do anything. This surgery is actually, hopefully, saving his career. But that’s how much back problems can affect you as a pro wrestler.”

Kurt Angle wrestled his final professional wrestling match at the WWE WrestleMania 35 pay-per-view on April 7th 2019, which he lost to Baron Corbin.