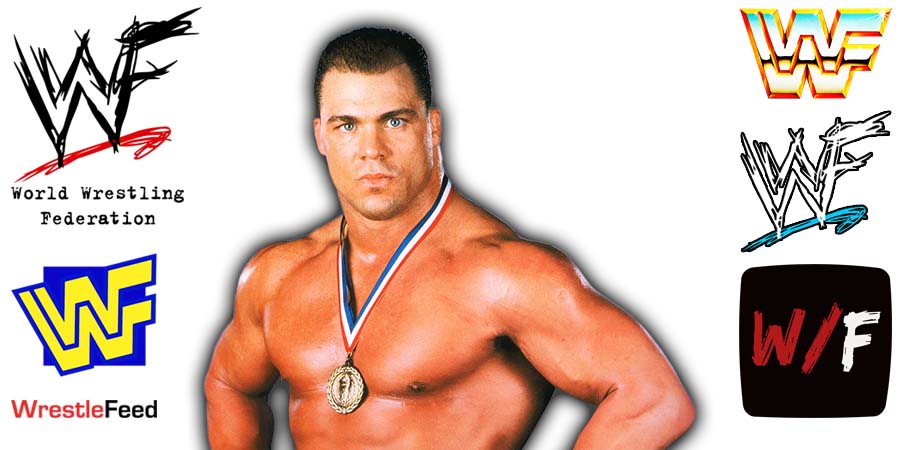 • Kurt Angle Explains Why WWE Is Better Than AEW

During a recent interview on the ‘Wrassingh Show’ podcast, Old School WWF Attitude Era Legend Kurt Angle spoke about Tony Khan’s All Elite Wrestling and stated that he felt AEW wasn’t organized enough when it comes to their in-ring action as well as their promos, among several other issues.

“I just think the company might be a little too loose, it’s more like the Wild West, not as organized as it should be.

Putting the wrestlers in charge of their own promos and pre-tapes … and even their matches, I don’t know if they have agents for the matches, producers for their matches.

So, I think they need to be overlooked, the talent. That’s what makes WWE so good, why they’re so organized, and why the show is always so tight.”

To be fair, most fans and insiders will pretty much agree with Kurt about AEW not being very organized at all, which had been an issue almost since the promotion started in 2019.

Today would have been the 110th birthday of legendary Old School Wrestling Promoter Paul Boesch.