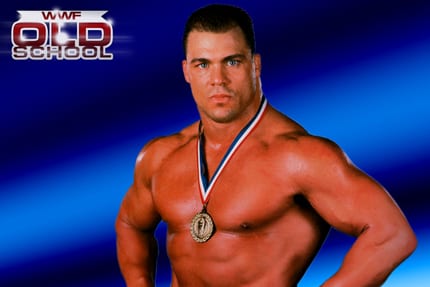 In a recent interview with Sports Illustrated, Kurt Angle gave details on his encounter with WWE last year when he was not offered a part-time deal with WWE when his contract with TNA expired. Here’s what he said: “Paul [Levesque] is in charge. I found that out when I contacted Vince [McMahon]. I’ve always had a good relationship with Paul, so I didn’t consider that a problem. But he decided they had enough talent. For the Vince McMahon who I knew, enough was never enough. He always wanted more. I don’t know what was going on over there, but they even cancelled our meeting. I never went to see them. They didn’t even sit me down and talk to me. It blew my mind. It was as if I was a nobody, that I wasn’t Kurt Angle. From a wrestling standpoint, they just weren’t interested. But TNA not only stepped up, they gave me everything I wanted – the dates, the money, and it’s no secret that I’ve went to rehab in the past, and they gave me time off. You talk about a company that’s loyal to you, and you want to be loyal back. So I didn’t pursue the WWE any further. When it comes down to it, you’ve got to stick with the people who want to take care of you. And [TNA president] Dixie Carter took care of me.”