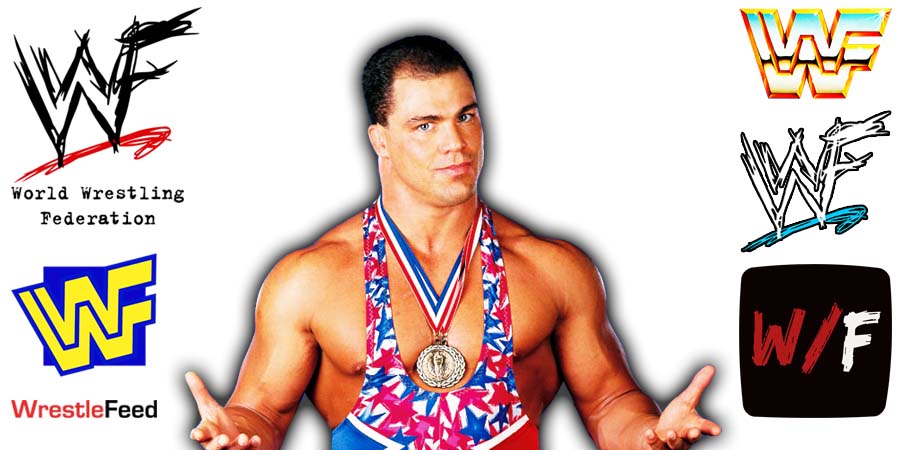 • Kurt Angle Reveals The Greatest Moment Of His Pro-Wrestling Career

On the latest episode of his weekly ‘The Kurt Angle Show’ podcast, the 1996 Olympic Gold Medalist revealed the single best moment of his entire professional wrestling career.

“That’s my number one moment in WWE or anywhere, any wrestling promotion I’ve been a part of. The milk truck incident was the coolest thing in the world. I was so grateful that Brian Gewirtz came up with that idea.

He copied Stone Cold’s beer truck incident, and it was excellent. I really loved it and dowsing down Stone Cold Steve Austin and Stephanie with milk was the coolest thing in the world. I mean, I had the whole Alliance in that ring and I’m spraying them down with milk.

It’s actually food-coloured white water, but they put food colouring in the water. But the milk jugs and cartons were real but that’s another story about the aeroplane ride that night.”

Kurt Angle wrestled his final pro-wrestling match at the WWE WrestleMania 35 pay-per-view on April 7th 2019, which he lost to Baron Corbin.