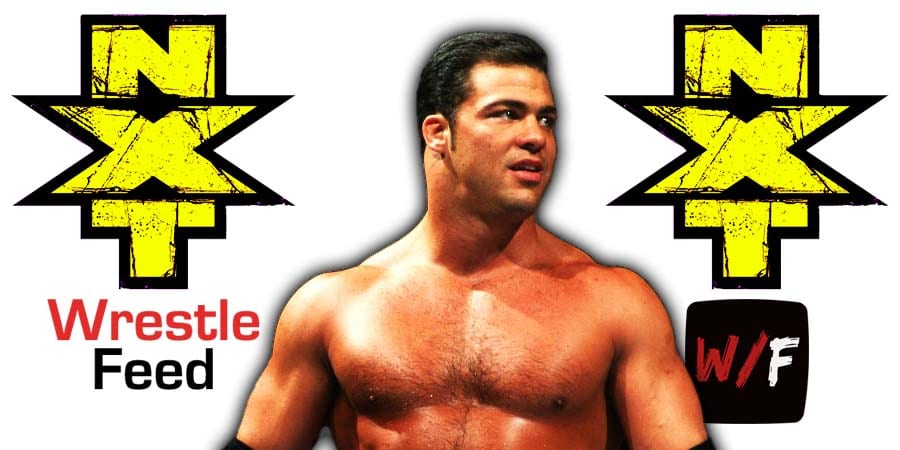 During a recent episode of his podcast, former WWF Champion Kurt Angle revealed that he was offered 3 different jobs by the WWE about one month after he was let go in April 2020 due to cost-cutting measures in the COVID-19 pandemic.

However, Angle turned all of them down because he wanted to focus on his own nutrition company.

“I wasn’t surprised, I knew when they were furloughing talent and employees I knew I’d be the first one, I was the last producer to be hired and I had the least amount of experience, even though I am who I am.

I’m not probably supposed to say this, but I was getting paid quite a bit more than the other producers. Thank god, it was kind of cool that Vince did that for me because I asked for a little bit more money so they granted me that. But that meant that if they were going to do furloughs, I was going to be the first one.

I wasn’t as experienced as the other guys and girls and I just knew I was going to be let go first. I wasn’t surprised by it, I actually texted Vince right away and said I understand why you did it. I understand because I’m inexperienced, making the most money and it just made sense.

Also Read: Kurt Angle Might Be Messing With Fans Ahead Of Mystery Signing Segment At Tonight’s AEW Revolution PPV

Sgt. Craig Pittman is most famous for his time in Ted Turner’s World Championship Wrestling, where he wrestled from 1994 until 1997.

During his WCW days, he wrestled famous stars like Diamond Dallas Page, Jim Duggan, Chris Jericho, The Giant, Johnny B. Badd, Cobra, The Barbarian, Scott Norton, … and many others.

In 1998, the Pitbull wrestled NWA World Heavyweight Champion Dan Severn on the indies, but failed to win the Title.