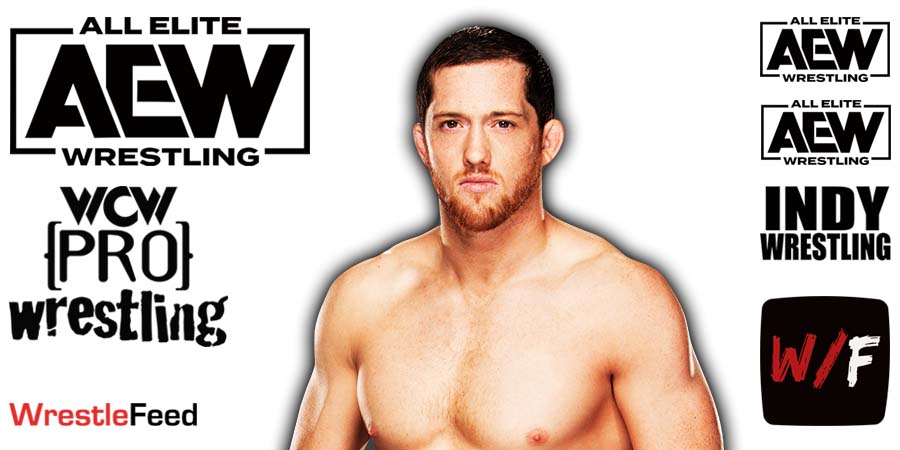 Many fans thought O’Reilly left WWE when his contract expired just because he wanted to join his other friends in All Elite Wrestling, but that wasn’t the main reason, as revealed by him during this interview.

On what Triple H said about NXT and RAW/SmackDown:

“When NXT got its TV deal, there was something Hunter said that I loved when he compared NXT to the main roster.

He said ‘NXT was like the broadway show. It’s where the real performers get out there. They’ve got the chops, they can act, they can sing, they can dance, they can do it all and there are no special effects. There’s no big-budget blockbuster movie special effects that are hiding it all like RAW and SmackDown would be.’

I just thought that was such a great analogy, and it really rang true.”

On leaving WWE for AEW:

“When we were renegotiating, the powers that be were like ‘listen, this doesn’t typically happen. Usually we re-sign guys 6 months out’. But talent relations at the time, I guess let things slip or weren’t into re-upping NXT guys contracts is the only explanation I can give. I really don’t know.

But I thought I had at least 6 months to a year left. It was a real surprise to me knowing it was coming up in December, (but) a pleasant surprise, just with the landscape and everything.

It was really kind of a blessing that I was given the opportunity to make my own decision. I could stay, I could go; it wasn’t made up for me. I feel for people who get released and everything, and that’s happened way more than it should. It’s awful.

I was just grateful that I was in a position where I could kind of look at the landscape and see what opportunities were out there. And luckily for me, AEW was the place and I were able to jump ship as it were.”

“‘We don’t want pro rasslers’ was something I heard. And it was like ‘alright, but I am a pro wrestler. And I want to be a pro wrestler still. So I want to go where I can be a pro wrestler.’ And I know that the things are the same, sports entertainment, wrestling, it’s all the same. But I don’t know if everyone looks at it that way.

[A lot of my friends being in AEW] was a huge selling point too. The AEW locker room is full of the guys that I came up with in this business, that I’ve been friends with for years.

• On This Day In Wrestling History (February 11, 2017) – Old School Wrestling Legend Passes Away

On this day in 2017, we lost Old School Wrestling Legend “Chavo Classic” Chavo Guerrero Sr. (Real name: Salvador Guerrero III) at the age of 68 due to liver cancer.

He wrestled for several territories during the 70s and 80s, but was also involved in a 2004 storyline on WWE SmackDown!, that saw him winning the Cruiserweight Championship from his own son.