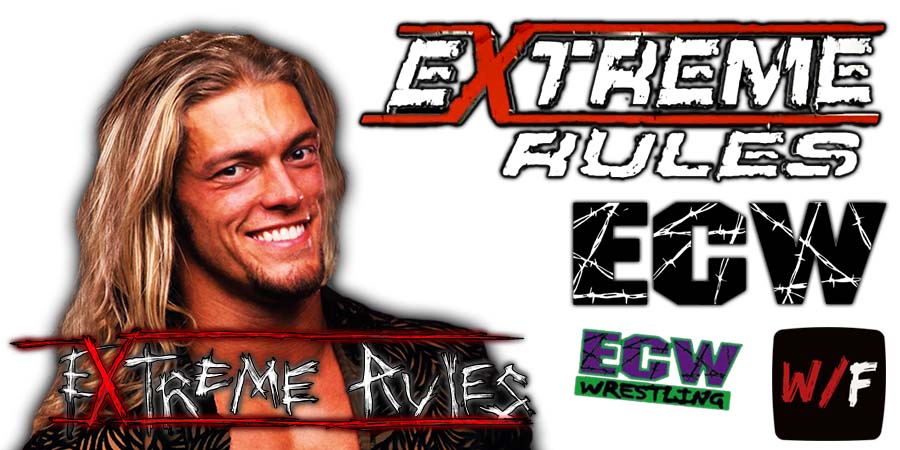 In the opening segment of tonight’s RAW, Bayley said that she wants her RAW Women’s Championship match against Bianca Belair at Extreme Rules 2022 to be a Ladder Match.

Later in the main event of RAW, Matt Riddle defeated Damian Priest. After the match, Judgement Day attacked Riddle, but Edge returned and made the save.

Edge then challenged Finn Balor to an “I Quit” Match at Extreme Rules 2022.

Below is the updated match-card for this upcoming WWE premium live event, which takes place at the Wells Fargo Center in Philadelphia, Pennsylvania on October 8:

Marty Jannetty vs. The Executioner (Challenge 9/19/93)