We are saddened to report that legendary WWF Referee Dave Hebner has passed away at the age of 73.

He was the twin-brother of fellow legendary referee Earl Hebner.

After retiring as a referee, he became a Road Agent for the company and worked for WWE till 2005.

The most famous moment of Dave’s WWF career came on the February 5, 1988 episode of WWF The Main Event, where Andre The Giant defeated Hulk Hogan to win the WWF Championship by ending the Hulkster’s 4-year long title reign.

The twin-referee angle was done in this match, where Ted DiBiase locked Dave in a closet and Earl Hebner was switched in his place, who did a fast count and made Hogan lose, despite Hogan’s shoulder being up.

Both of them then stood in the ring at the same time and everyone was shocked. 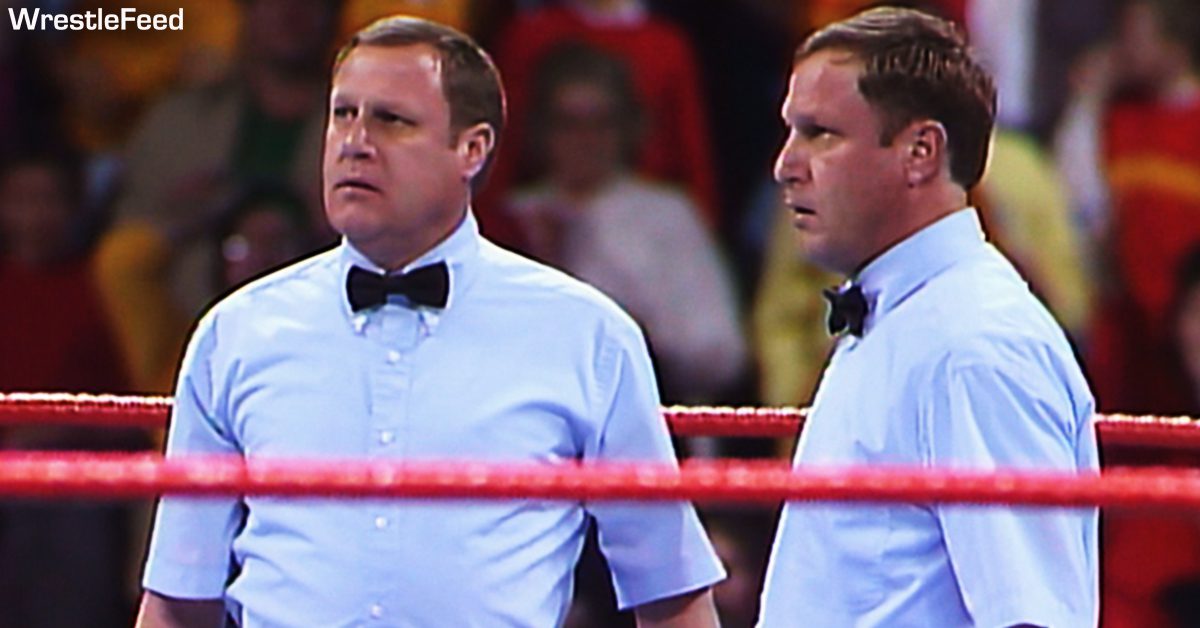 “I’m sad to learn of Dave Hebner’s passing. He & his brother Earl are two of the nicest people I’ve ever crossed paths with in Pro Wrestling. #RIPDaveHebner

Also, everyone is using Earl’s picture in their posts on Dave’s death. It’s not that hard to tell the difference & it’s kind of lazy tbh.”

Also Read: What Did Ex-WWE CEO Vince McMahon Do On Tonight’s SmackDown?

This episode was pre-taped at the Oncenter War Memorial Arena in Syracuse, New York and featured matches & storyline segments on the road to the ‘WCW The Bash at the Beach 1999’ PPV.

5. Booker T vs. The Barbarian