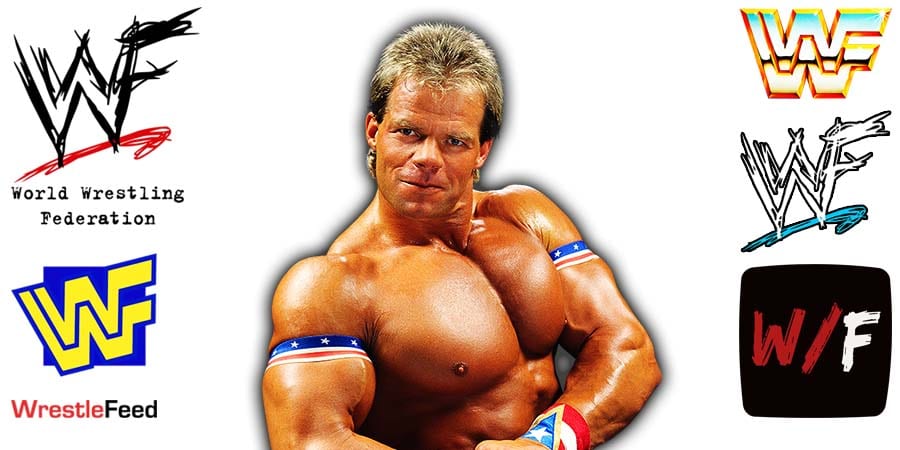 He had to regain movement in his arms and legs again, which took years of recovery and by 2010 he was able to walk short distances and even drive a car again.

However, by 2014, things got worse again and in 2021 he was all wheelchair bound with his overall condition not looking too good.

With all that in mind, people were positively surprised when they attended the 4 Horsemen Q&A event during last weekend’s Starrcast wrestling convention, as they witnessed Lex Luger walking to his chair.

Yes, the former WCW World Heavyweight Champion needed a little help, but it was still great to see that he’s doing a little better these days and is at least able to walk around with the assistance of handrail support, other people or probably even crutches.

Lex Luger first joined Vince McMahon’s short-lived World Bodybuilding Federation in 1992, then wrestled for the World Wrestling Federation from January 1993 until he returned to Ted Turner’s WCW in September of 1995.

• ON THIS DAY IN WWF HISTORY (August 4, 1984) – WWF Georgia Championship Wrestling on TBS

1. The Spoiler vs. Jobber