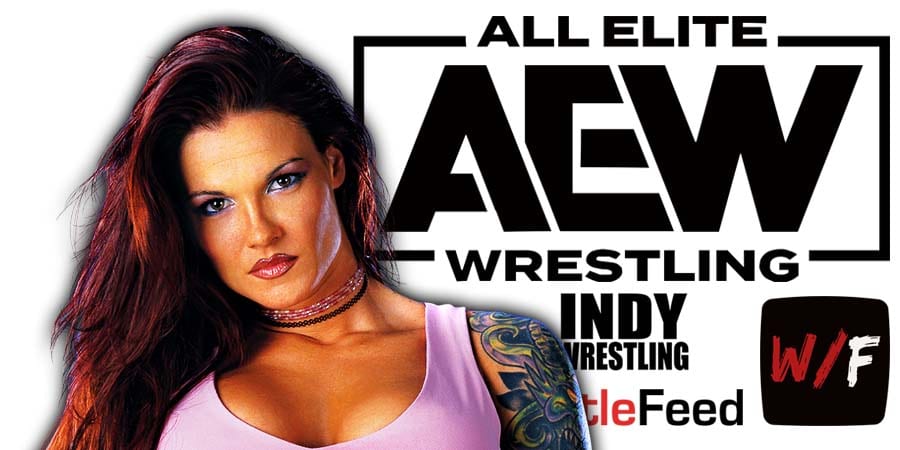 WWE Hall Of Famer Lita recently appeared as a guest on Renee Young’s ‘Oral Sessions’ podcast and discussed watching modern day professional wrestling during the COVID-19 pandemic, that started in the spring of 2020.

On watching Pro-Wrestling during the pandemic:

“I go in phases. I had a very hard time at the start of the pandemic when it was like sound stage wrestling. I was like, I can’t do this, I felt bad for people that I knew. I don’t know if they felt bad. They could have been perfectly fine with it. I was like, this isn’t for me. This isn’t the craft that I love.

Then, when they started doing the virtual fans and then having some fans over on AEW, I started to watch, but it was like more in clips. I’d hear a match was good, so I’d go watch that one-off, and that would be enough.

And then, you know, gearing up towards WrestleMania, and things started to feel slightly more normal. I am checking back in a little bit more regularly. I always enjoy it, but when I know I need a break, I just check out.”

On the Britt Baker vs. Thunder Rosa match from AEW Dynamite:

“I did watch it, not initially. But holy sh*t, right? It was insane. It was great that they got that spotlight. But you need a moment that brings you up from a wrestler that people have heard about to someone that knocks your stock up.

I think Thunder Rosa won the match, but it’s one of those that’s just like, it doesn’t matter. They just, like, tore the house down. There’s no counterpoint or counterargument. That was an awesome match! They fully went for it: not for gender or amount of time in the business. They went for it and delivered. It was crazy.

I know being involved at ringside in so many TLC and hardcore matches, I remember being so nervous for them. I’m stoked to be standing here ringside, but I’m going to be more stoked when we’re back on the other side of the curtain, and everyone is walking out of there.”

On which WWF/WWE matches were the hardest to watch:

“The TLC matches, mostly. It was at WrestleMania in Texas. It was the Hardys versus The Dudley Boyz versus Edge and Christian. Definitely the match, I just did an Untold episode, with Edge versus Mick Foley. They had a hardcore match with the bag of thumbtacks, flaming tables and barbed wire, stuff like that where I was like, this is going to be awesome, but I just want you to be ok.

It would be hard listening to them talk about these things and to not have your inner person that cares about them as humans come out.”