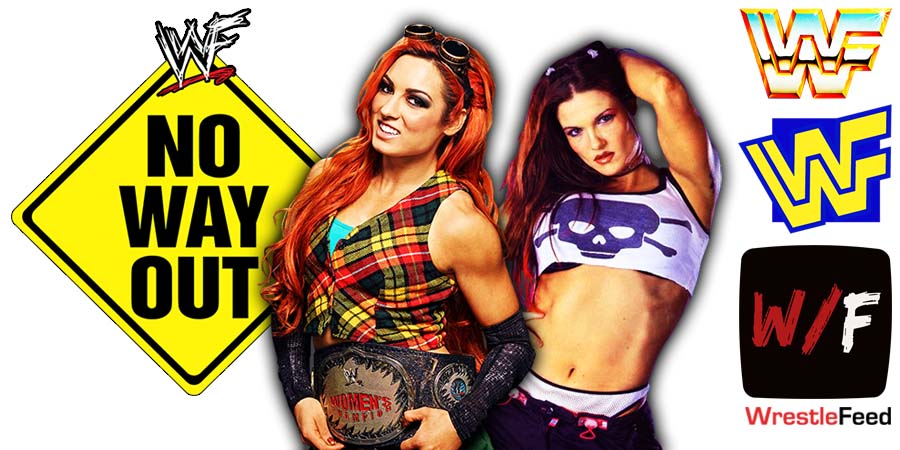 WWE Hall Of Famer Lita will face Becky Lynch for the RAW Women’s Championship at Elimination Chamber 2022 this Saturday in Saudi Arabia.

During an interview with Sports Illustrated, Lita talked about her current WWE run. Below are the highlights:

On if there are plans for her in WWE after Elimination Chamber 2022:

“Currently, I was just asked to do this match. I know everything can change in WWE at the drop of a hat. There is a lot of opportunity here, and just because there are no current plans doesn’t mean there won’t be.

This is also allowing me to focus on the task at hand, which is to put on a killer match and not focus on anything else except Elimination Chamber.”

On how she feels physically:

“I really feel good. I have been away from the ring (and traveling with WWE), so I haven’t been beating myself up. I’m sleeping in the same bed and holding a regular training schedule.

They gave us quite a bit of heads up for the Rumble this year, so I’ve had time to prepare, and that has shifted into making my workouts more intense.

Plus, combine that with a group I’ve linked up with in the Bay Area called Hood Slam – I have an open invitation to their ring and that’s helped so much. That’s really helped put any doubt to rest.”

On if AEW contacted her:

“They reached out to me initially, and I was intrigued. They’re doing a lot of cool stuff. It’s exciting whenever there is competition — it stokes the industry as a whole. And they’ve really fostered the rise of the star of Britt Baker.

I was intrigued but as we ended up talking, it felt like it wasn’t the right move for me. We ended it with, ‘Not right now. I wish you the best and I’ll be watching.’

It’s a fun product and I’m glad for their success. I ultimately feel I’m home in WWE. There is something that feels right about that.”

Also Read: Lita Explains Why She Doesn’t Have A Problem With WWE’s Saudi Arabia Shows Anymore

It was broadcasted from the Allstate Arena in Chicago, Illinois and featured matches & storyline segments on the road to the ‘WWF WrestleMania X8’ PPV.

3. Booker T vs. The Godfather