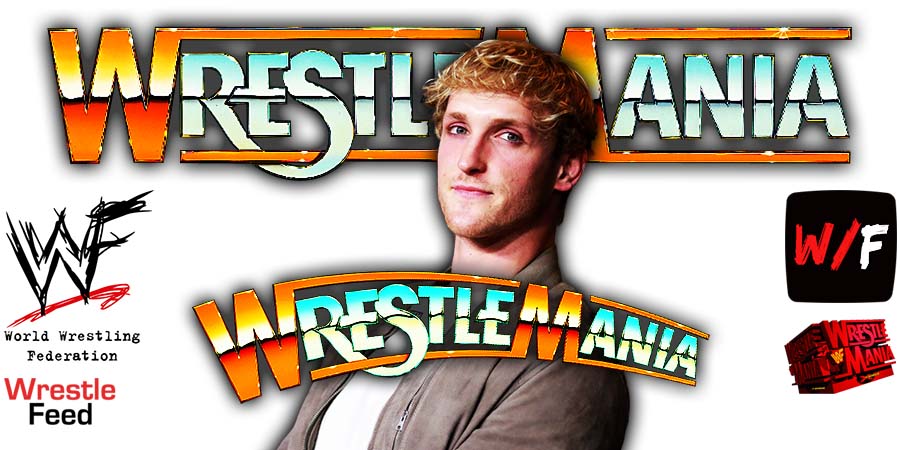 At WrestleMania 38, Logan Paul teamed up with The Miz to defeat Dominik & Rey Mysterio.

After the match, Miz turned on Logan and laid him out with a Skull Crushing Finale.

During his Impaulsive podcast, Logan talked about wrestling at WrestleMania and had a message for the people who call pro-wrestling fake.

Below is what Logan said:

“It is electric. When there is someone you love in that ring and doing those moves…by the way, I didn’t practice any of those moves.

That surface is hard, it is not bouncy, it is not a trampoline, there is no give. It is plywood, it’s wood.

‘Wrestling is fake.’ Shut the f**k up, I am sore. The left side of my body kills me right now. Those are real slams, they hurt.

In practice even, doing those moves, you’re going to compromise your body ahead of the match.”