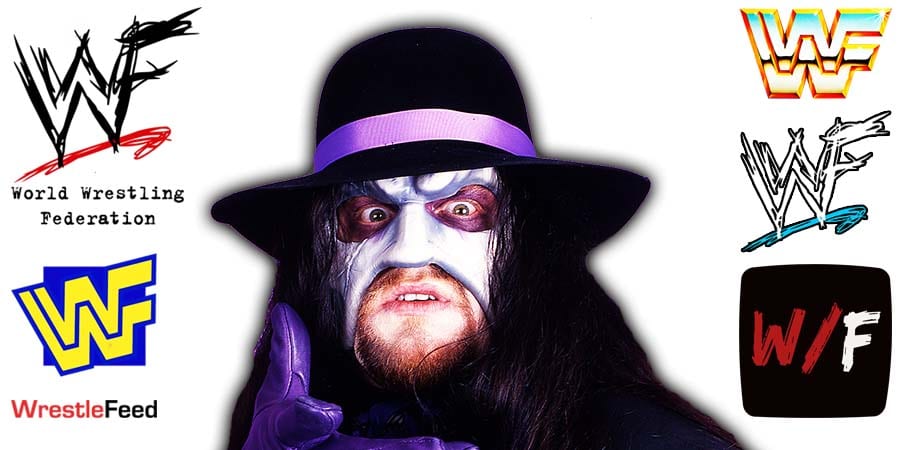 During a recent appearance on Victory Over Injury podcast, The Undertaker was asked about his thoughts on people calling pro-wrestling fake.

“The Old School me, when someone would say something derogatory about our business, like, “Ah, you guys are all fake!” The Old School me would be more, “OK, let’s see how fake what I do is!”

Vince [McMahon] has gone out and he’s explained what our product is and people don’t care. If you like what we do, it doesn’t matter what it is. There’s still that one percent in the world that thinks, “It’s all a bunch of crap!” And it’s like, well, if it was as easy as you think it is, there’d be a lot more people doing it! And being successful and doing these types of things.

It’s just, you said it just a minute ago, gravity always wins. There’s just so much that the human body can physically take. It doesn’t matter whether or not you’re in the ring with your friend or somebody you like, somebody you don’t like, there’s the matter of you got the thumbs up that night, or the thumbs down.

To get to that point, there’s a lot of physicality involved. Then multiply that by 270 dates (a year), it’s a miracle there’s not more injuries.”

Also Read: WWF Veteran Not Happy With How The Undertaker Retired

In 1995, he was posthumously inducted into to WWF Hall of Fame (now known as WWE Hall of Fame) by then World Wrestling Federation Champion Diesel.