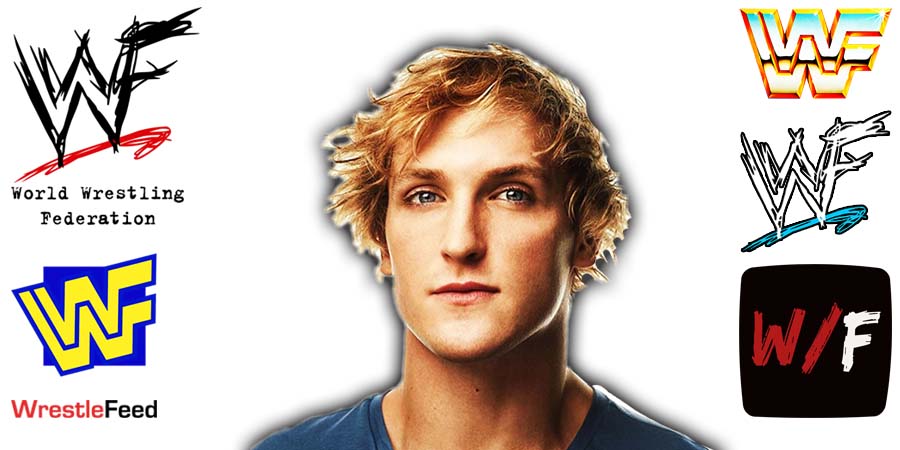 Logan Paul signed with WWE last week. Below is the official announcement:

“Logan Paul is officially back after signing a WWE contract earlier this week.

The YouTube megastar took to social media to break the news and share photos of his visit to WWE Headquarters.

Paul didn’t waste the opportunity to also deliver a message to The Miz following their run-in at WrestleMania.

Paul teamed with The A-Lister at The Showcase of the Immortals only to have The Miz drop him with a Skull-Crushing Finale following a win over The Mysterios.

After speculation they might once again team up, Paul made it clear he’s out for payback at SummerSlam.”

Just signed with the @WWE pic.twitter.com/7lYdxIKivF

“I think it’s safe to say Logan Paul shocked the world with his abilities as a guest at WrestleMania … just imagine what he’ll do as a WWE Superstar. Congratulations and welcome!”

On tonight’s episode of RAW, The Miz said the following about Logan’s SummerSlam challenge:

“Logan Paul, accept my offer and we will become WWE Undisputed Tag Team Champions. But if you don’t, I will be relentless. I will make you earn everything and you will be humbled.”

Paul’s WWE signing has set a new record, as it is now the most-liked photo on WWE’s Instagram page.

The photo currently has almost 1.3 million likes. However, Logan’s page was tagged on this photo as well, so the photo reached Logan’s 23 Million followers as well.

The previous records for the most-liked photo on WWE’s Instagram page were held by the likes of Roman Reigns and Goldberg.

It was pre-taped at the Gund Arena in Cleveland, Ohio and featured matches, interviews & storyline segments on the road to the ‘WWF Fully Loaded 1998: In Your House’ PPV.

This episode was hosted by Jim Cornette & Jim Ross.