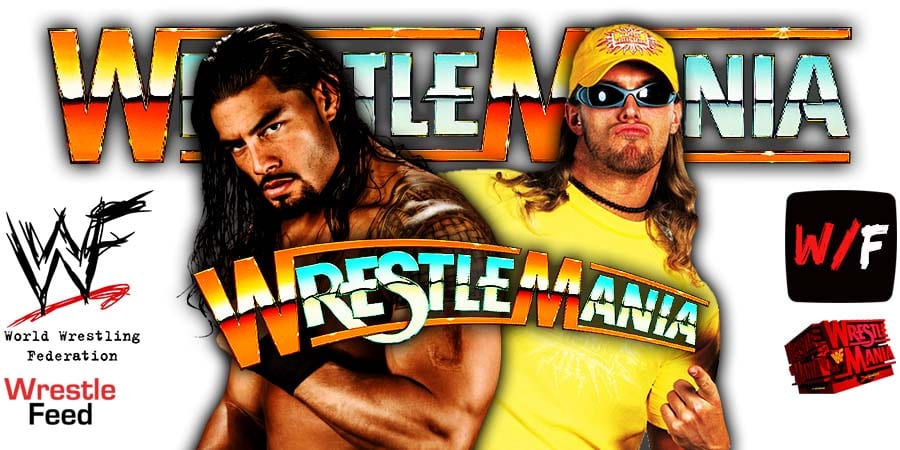 • Major Change Being Made To WrestleMania 37

As seen in the main event of WWE Fastlane 2021 PPV, Daniel Bryan had Roman Reigns in the Yes Lock with Special Ring Enforcer Edge acting as the referee (since the actual referee was accidentally knocked out by Bryan), and Jey Uso interfered and superkicked Edge & Bryan.

Jey then decided to attack Bryan with a Steel Chair, but his plan backfired and Bryan took him out.

Bryan then decided to use that Steel Chair on Reigns, since the referee wasn’t looking. However, Reigns got out of the way and Bryan accidentally hit Edge with a Steel Chair.

Bryan then put Reigns in the Yes Lock and Reigns tapped, but the referee didn’t see it. Edge then attacked Bryan with a Steel Chair in anger to break up the hold and left.

Reigns then pinned Bryan to retain the Universal Title.

The Roman Reigns vs. Edge match at WrestleMania 37 will now turn into a Triple Threat Match, with Bryan being added to it. This will mean that Bryan will main event his second WrestleMania, since the Universal Title match is scheduled to main event one of the nights of WrestleMania 37.

We reported regarding this prior to the Fastlane PPV as well, as WWE officials were discussing turning one of the WrestleMania 37 main events into a Triple Threat Match.

– The Undertaker vs. Lee Thomas