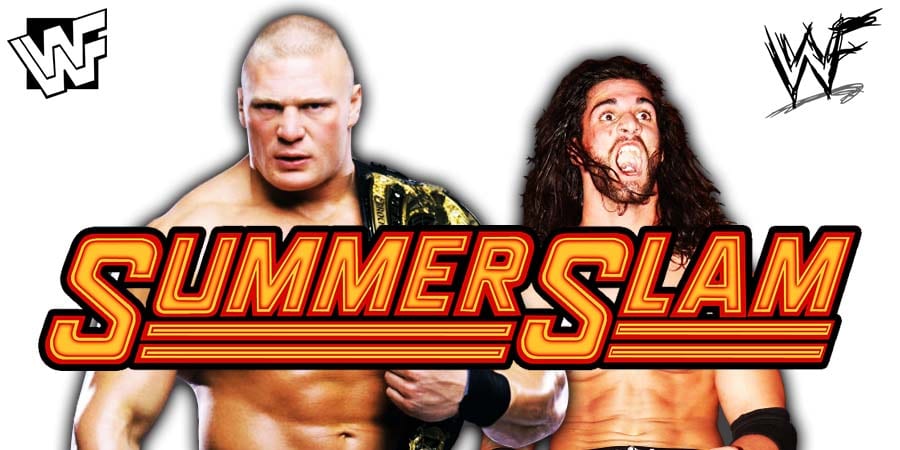 He wrestled for the World Wrestling Federation from 1990 till 1993, then went to WCW, where he was called The Shockmaster, whom pretty much everybody remembers for tripping through a wall LIVE on national TV (TBS).

Typhoon returned to the WWF for a few months in 1994 and also for 1 night when he was an entrant in the Gimmick Battle Royal at WrestleMania X-Seven in 2001.

Him and his deceased partner Earthquake († R.I.P.) are rumored to get inducted into the WWE Hall of Fame next year, but at this moment those rumors are anything but confirmed.

The Dirty Sheets has provided some spoilers for tonight’s SummerSlam 2019 pay-per-view.

– Becky Lynch will make Natalya tap out to retain the RAW Women’s Championship. There’s no way Becky is losing her Title since she was recently announced as the cover star of WWE 2K20.

– Shane McMahon is going to lose to Kevin Owens because Shane’s career isn’t on the line.

– Trish Stratus is going to lose to Charlotte Flair in the final match of her career.

– Dolph Ziggler is going to get destroyed by Goldberg.

– Seth Rollins is going to defeat Brock Lesnar to end SummerSlam 2019 as the new Universal Champion.