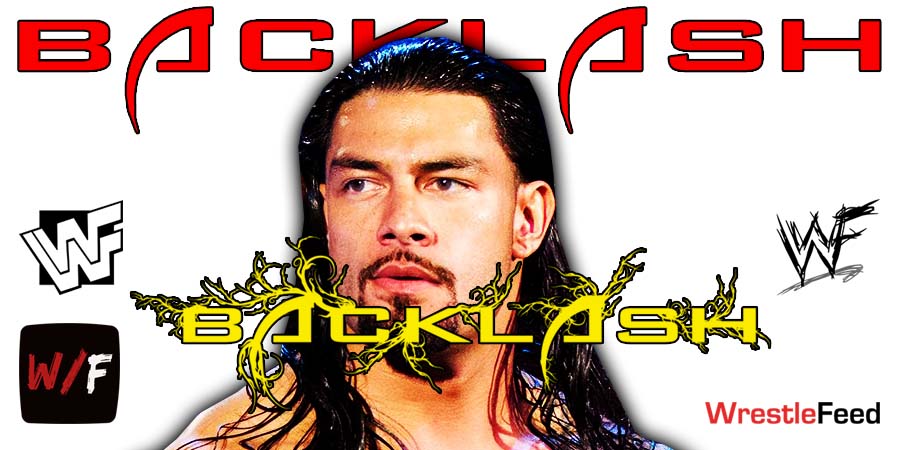 Below is what he said in his promo after defeating Drew McIntyre:

“I’ve been here a couple of times in the past 10 years. I’m starting to work into a new phase in my career, and I honestly don’t know if I’ll be back here again.

If that’s the case, I just wanna say thank you for all these years of support.”

In an update to this situation, Reigns isn’t leaving anytime soon. He’s just going to be working fewer House Shows as part of his new WWE deal.

Below is what the Wrestling Observer is reporting:

“It’s not it for him, but the situation is that he got a new deal and the new deal is for far less dates. So, he’s not going to do be doing — I don’t know how many house shows he’ll be doing, but it’s going to be far less house shows than he is doing now.

He actually doesn’t work a lot of television matches. He is working 20 minute house show matches with Drew McIntyre all the time.

Last week when he went to the UK, they only brought him in for London and Paris. He has also done that before. It was one of those things where he’ll go for a day or two but he’s not gonna go for two weeks.

More power to you, if you can leverage that and still make good money. That’s a good deal.”

• On This Day In Pro Wrestling History (May 9, 2020) – Old School WrestleMania Celebrity Passed Away

On this day in 2020, we lost Old School WrestleMania Celebrity Little Richard (Real name: Richard Penniman) due to bone cancer.

Old School Rock and roll Fans certainly remember his famous songs, like “Long Tall Sally”, “Lucille”, “Keep A Knockin’ and “Tutti Frutti”, that made Little Richard a huge Legend in the music business.

The Rock and Roll Hall of Famer ended up singing “America the Beautiful” at the beginning of the WWF WrestleMania X pay-per-view on March 20, 1994, which is what most Old School 90s Wrestling fans remember about him.