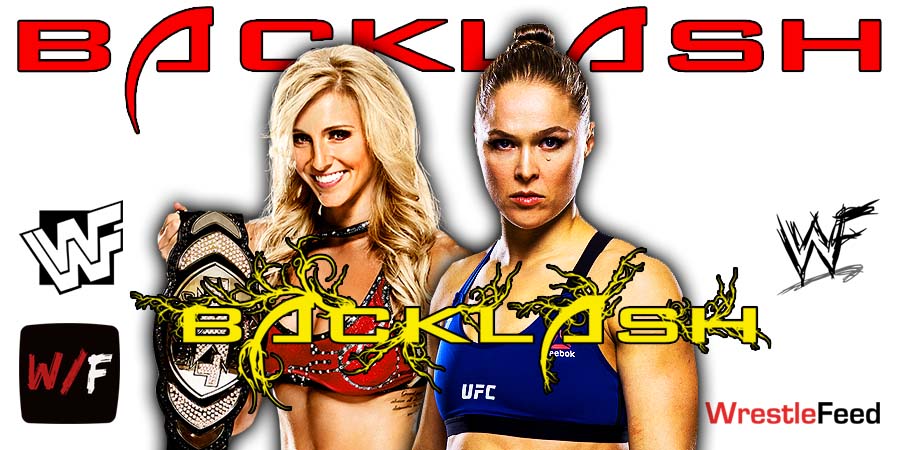 According to Fightful Select, this is a storyline injury to write Charlotte off WWE programming, because Flair is scheduled to take time off from WWE TV.

According to the Wrestling Observer, Charlotte is getting married and requested time off prior to WrestleMania Backlash.

Flair recently said the following about her wedding to AEW wrestler Andrade El Idolo during an interview with BT Sport:

“We have a [wedding] date. It’s this summer in Mexico, I have my dress. I think Manny (Andrade) would be a little angry if I walked down the aisle with my Title.

He was like, ‘Mami, for the wedding, I do not want your hair to look like Charlotte.’ I was like, ‘what does that mean?’ Just less makeup, he likes the fresh face.”

Also Read: WWE Is Teasing An Interesting Idea For Money In The Bank 2022 Winners