• ON THIS DAY IN WRESTLING HISTORY (September 19, 1981) – Georgia Championship Wrestling

– The Masked Superstar vs. Bruce Gallagher

– The Masked Superstar vs. Denny Brown

According to the Wrestling Observer, former WWE Champion Sheamus (who has spinal stenosis) has been cleared to return to in-ring action and is just waiting for a proper storyline to make his return.

Sheamus has been on a hiatus from WWE (he was last seen on WWE TV on SmackDown after WrestleMania 35) and lost 30 lbs during this time.

During a recent appearance on E&C’s Pod Of Awesomeness podcast, Sheamus revealed what Vince McMahon said to him that made him lose weight:

“I came back from holiday in Ireland and me and Cesaro were walking by Vince. Vince goes, ‘Hey Sheamus! Enjoyed the holidays, huh?’ and he was looking at me and my gut. I said, ‘That’s it, that’s it, I need to do something about it.’ That was the change in gear. Cesaro knew it – Cesaro knew right away when that comment was made.”

Sheamus is absolutely shredded now and you can check out his physical transformation below:

Also Read: Sheamus Says He Got Heat For Winning The WWE Championship

As we noted before, RAW’s Michael Cole and Corey Graves are soon expected to become exclusive to SmackDown when the blue brand moves to FOX.

According to WrestleVotes, their replacement will be Vic Joseph and Dio Maddin:

I’ve been told that the plan as of now for RAW’s announce team is:

I’ve been told that the plan as of now for RAW’s announce team is:

For those of you who don’t know who Vic & Dio are, you can check out a photo of them with former SmackDown wrestler Aiden English (in the middle) below: 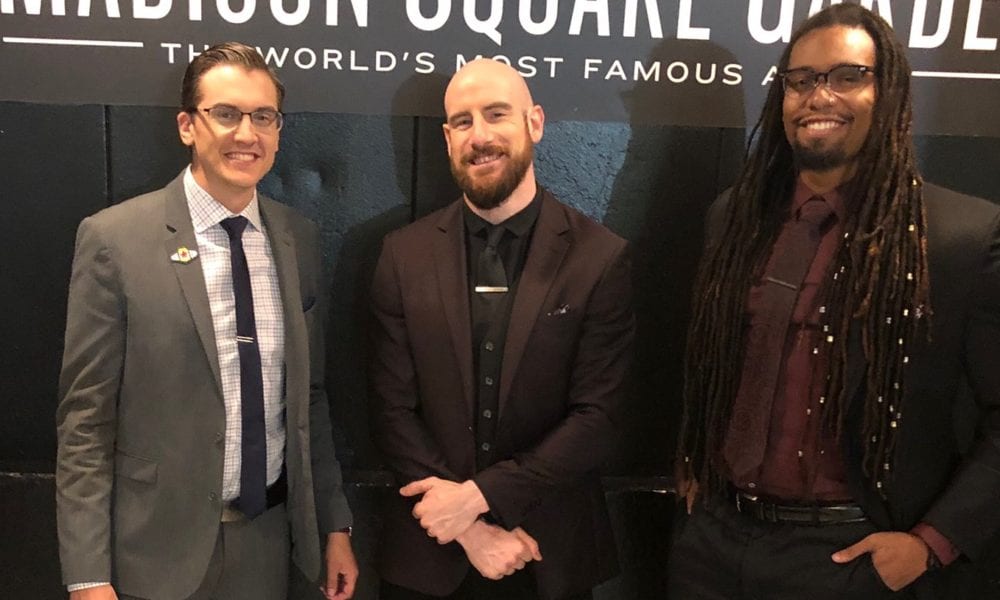