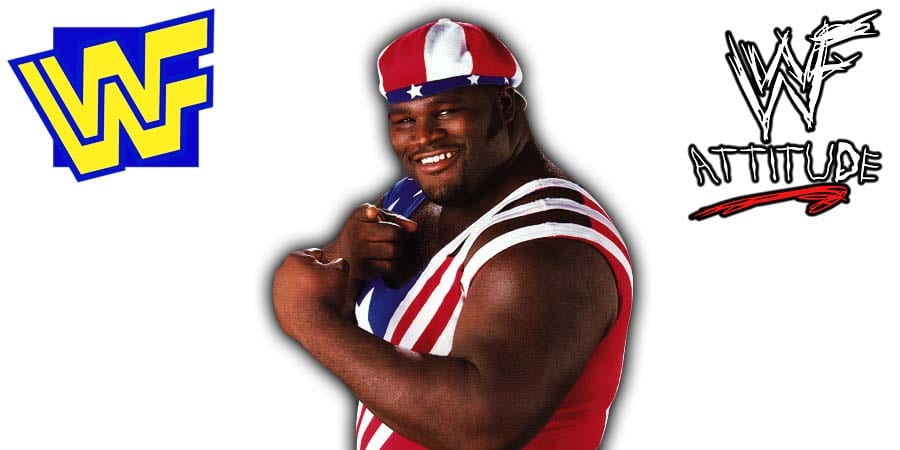 Today would have been the 60th birthday of Old School Wrestling Legend “Dr. Death” Steve Williams.

• Mark Henry Reacts To Lio Rush Calling Him Out

Former WWE wrestler Lio Rush has been addressing his time in WWE on Twitter. Every day, he makes it to the news with a new story.

Recently, he called out WWE Hall of Famer Mark Henry for the comments made about him on Busted Open Radio.

There were rumors that Rush wasn’t satisfied with his pay, and stayed at home for a while due to some disagreements.

Rush is referring to the time when Henry said he was upset because he pulled him aside last year to find out what was going on with him after hearing “stuff in the locker room”. Henry claimed that Rush told him “nothing was wrong“. On his podcast, Henry said, “That’s a blatant lie to my face! I was trying to help him” because he (Henry) knows the system more than most people.

Below is what Rush posted:

Woke up remembering the time Mark Henry said I lied to him to his face & then continued to bury me on his podcast while telling me i need to learn how to spend my money better. Shit was crazy. Sorry man, i didn’t mean to have a wife and two kids on top of other responsibilities.

Shit was sad. We ALL are supposed to be looking out for each other.

Hey @TheMarkHenry , this needs to be addressed. Because you out here STILL lying on my name to this day. pic.twitter.com/J9qfNT1412

Tired of the bullshit. If you want to talk, put me on your podcast so we can have a conversation for the world to hear. @TheMarkHenry

Wrestling is supposed to be one of the most positive things in the world. But somehow, someway, some people within the business like to make it a miserable experience for others.

This right here…… was trash like behavior and i couldn’t believe what i was hearing. Had so much respect for him until he said this….PUBLICLY might i add. https://t.co/NwBJW5J59O

What kind of egotistical bullshit is …“ you’re VERY likely not going to run into anyone that knows the system like i know the system” pic.twitter.com/LlQ9aqXf0r

Henry then replied the following to Rush:

I don’t have to answer to anyone. I said what I said, I’ve tried to help an mentor many. I can’t make people do what I know to work. https://t.co/LfheihsWJy