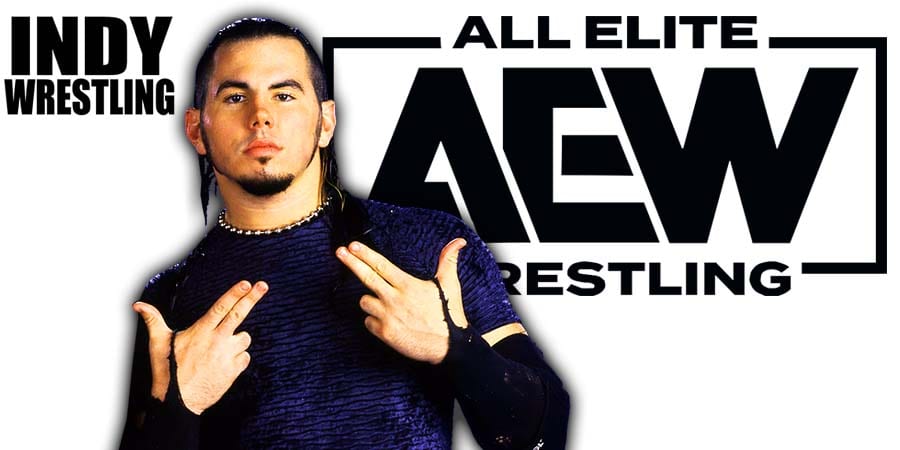 “Broken” Matt Hardy has been the talk of the town since he debuted with his infamous gimmick on AEW.

While he’s feuding with Chris Jericho there, he’s also doing some very important things to help others.

He helped a man propose his girlfriend for marriage during Dynamite, as the couple is a very huge fan of AEW. The man had contacted Hardy beforehand, to which he agreed.

Then they set up a promo, while the man proposed his girlfriend for marriage.

Dusti assumed they were just watching #AEWDynamite like normal, but Mike had me help him to propose to her. This was MAGNIFICENT! pic.twitter.com/ulSRlt58a3